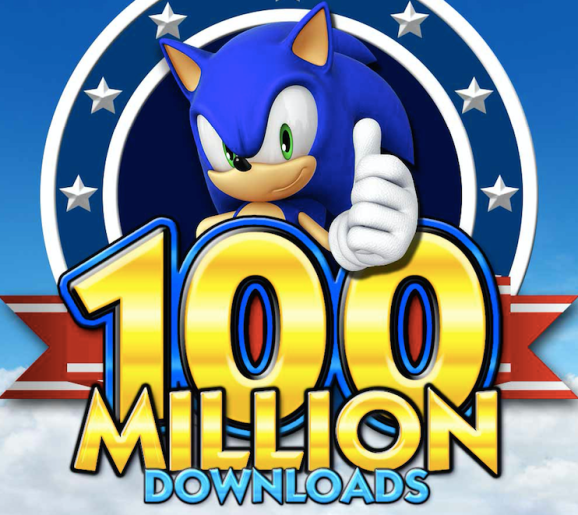 Now we know we’ll never get another console Sonic game.

Sega confirmed today that its mobile runner Sonic Dash has zoomed past the 100 million downloads mark. Developed by Sega’s U.K.-based Hardlight studio, the app has spread across Apple Store, Google Play, Amazon App Store, and Windows Phone in the last two years, making this the most downloaded Sonic game in franchise history. This milestone shows some of Sega’s motivations behind its recent pivot from the console games business to mobile, a market that will hit $45 billion by 2018, says intelligence firm Digi-Capital.

To celebrate, Sega will host a special in-game event this Thursday, where it says it will invite some “very special friends” that are “used to impressive success on mobile platforms.”

Sonic Dash was developed by Sega-owned studio Hardlight, which is currently working on new mobile games based on famous Sega IPs.