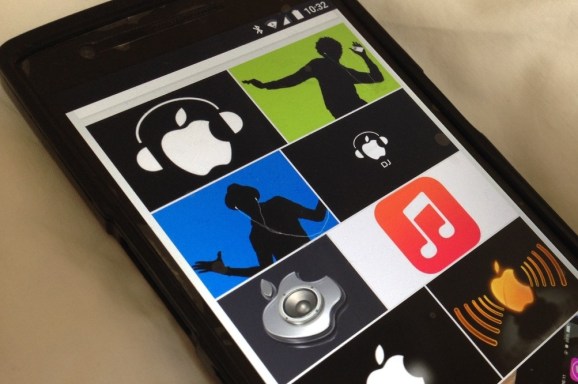 Apple made a number of notable announcements at its annual developers conference in San Francisco yesterday, but the one that everyone was seemingly waiting for was its first official foray into on-demand music streaming.

As details emerged of the new Apple Music service, which launches on June 30 for $9.99 per month, perhaps one key facet that stood out among all else was that it would be made available to Android users too, albeit not until later this year.

The news sent minor ripples across the Web, with exclamations of WOW! a regular sight. But was it really all that surprising? A look at Apple’s prior treatment of Android suggests there was at least some grounds for surprise. But only some.

Back in 2012, Apple acquired an app discovery engine called Chomp, a tool that let you search for iOS and Android apps by keywords. The Android element of the service was swiftly cut off and the dedicated app was pulled from Google Play. The overall service was closed down several months later.

In February 2014, Apple acquired Burstly, the parent company of popular app-testing service TestFlight. While the acquisition made a great deal of sense for Apple, it also helped explain why, two days earlier, TestFlight revealed it was ceasing support for Android app testing.

TestFlight lives on today as Apple’s main tool to help developers beta-test their apps, though in a slightly different guise.

On the one hand this gave Apple a firm foothold in the premium headphones market, but the main crux of the deal was the on-demand streaming service, Beats Music.

Notably, Apple made no moves to scrap the Android version of the app, which has remained on Google Play for more than a year. While Apple no doubt sought to avoid the ire of existing Beats Music subscribers on Android, it was also indicative of its future intentions for music streaming. Android’s simply too big to ignore.

Apple CEO Tim Cook has previously stated that the company has no issue with launching an Android app, “if we thought it made sense.” And making Apple Music available on Android more than makes sense — it’s a no-brainer.

Android has a gargantuan market share, equating to around half of all smartphones in the U.S. and more if you consider its global footprint. Apple needs its new music-streaming service on Android in the same way it needed iTunes on Windows PCs. There is too much profit to be made, and too many cross-platform competitors such as Spotify — Apple simply can’t ignore Android.

With iTunes sales dwindling, Apple has long known that streaming is the future. Even though it could survive more than comfortably on its hardware business alone, every dollar and cent counts for its shareholders. So, the news that Apple will officially support Android with its soon-to-relaunch streaming service is a notable milestone, but it should come as no surprise.