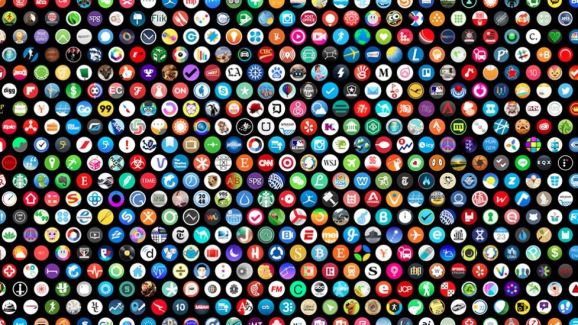 Will the day ever come that you leave your smartphone at home and rely on your smartwatch? Despite the Watch’s tiny screen, it could happen.

The technology is clearly moving toward that end. The leading smartwatch, the Apple Watch, will soon be able to connect to the Web using its own Wi-fi connection. It’ll run apps on its own processor.

The Watch will become much less like an agent of the smartphone and much more like a freestanding device.

Some smart people believe this, and Apple clearly does. There is no better proof of that than Apple’s announcement this week that developers would soon be able to create native apps for the Watch.

“Native app support is a game changer and is going to make the Apple Watch even more attractive for developers, and expand the market for the Watch,” says AppAnnie SVP of research & analysis Danielle Levitas. “Native support turns the Watch into a true standalone device, and will provide a better experience for the end consumer in the long run.”

There are a couple of ways to think about this.

The move toward smaller

Now we have the great fortune of seeing what might become the next heir to the throne, our next central computing device — the center of our tech universe.

“We’re in the early days of the smartwatch — the capabilities of the devices are limited today but they will continue to evolve, just as the smartphone did,” Reticle Research analyst Ross Rubin says.

“It’s a constrained environment today,” Rubin says, “and the input is challenging.”

Indeed, telling the Watch what you want it to do is a little dicey right now. It can be hard to select apps on the tiny screen. The voice recognition doesn’t always work as well as needed. You have only two buttons on the device to help you (although the digital crown is ingeniously versatile for enabling multiple types of inputs to the Watch).

Expect Apple to spend lots of energy developing more accurate forms of hands-free user interaction with the Watch. It’s very likely that Apple will exploit Siri to the maximum as a way for users to communicate with the Watch without running up against the obvious constraints of the tiny screen.

We already saw Apple clearly moving in that direction during the WWDC keynote yesterday. Apple demonstrated in the demo of watchOS 2 at WWDC a Siri command initiating a workout session. It demonstrated conducting a text chat using voice recognition.

“They’re making progress on that front,” says Rubin of the input problem.

At some point there will be a camera on the front of the Watch, which will enable a whole new kind of input. It’ll also enable what could become the Watch’s first truly killer app — video chat on the wrist. Video messaging app makers like Glide are counting the days until that happens.

The Watch as wallet, key, and remote control

Apple has yet to unlock access to the NFC chip in the Watch, so third-party developers can’t access it. But that chip could easily be used as a secure personal identifier that could authenticate the user to a connected door lock, for instance. It could be your car key. It could be your password to your digital stuff in the cloud.

We’re already seeing apps that turn the Watch into a controller for items in the connected home. Alarm.com has one. Apple has its own connected home platform that will let you control all kinds of appliances and devices in the home. Expect Apple to make the Watch one of the main controllers for those devices.

The Watch may cement its spot at the center of your tech universe simply because it’s closer to you physically than your phone. It’ll know your location. It’ll gather all sorts of biometric data from your body when you’re resting, working, or exercising. Its sensors could gain an understanding of your emotional state in real time.

And the Watch could share any of this information with other apps and devices, depending on your permissions. Perhaps most importantly, Siri, who we’re told is getting much smarter and proactive, may be able to use the data to feed you information you need before you know you need it.

There will naturally be tasks that require returning to a more powerful device with a larger screen. We won’t be preparing many spreadsheets or watching much long-form video on the Watch, no matter how hands-free and accurate the user interface becomes.

There are things we still won’t do on a smartphone. Even though it’s our go-to device (right now), we still return to the laptop or desktop to do certain things.

When the smartwatch emerges as the tech device we use the most, the smartphone may not be our immediate fall-back device. The smartphone as we know it might go away. We might decide that the best duo of devices to carry around with us is a smartwatch paired with a small tablet, like the iPad Mini, for instance.

Smartwatch doubters may say that the device couldn’t possibly adapt so much that it will be able to fulfill all the functions offered by our smartphones. But they may not have to. “Just as in the shift from the laptop to the smartphone, we’ll see the technology adapt to our habits, and our habits adapting to the technology,” Rubin says.

Only time will tell how this all plays out. But one thing seems certain: Tech companies will spend a lot of money trying to adapt their product offerings for a world where smartwatches exist. And judging by what we saw from Apple yesterday, this new paradigm appears to be rushing at us faster than anybody expected.