If you’re looking for an opportunity to blast some evil, neon shapes into oblivion to a trance-y, thumping beat, the Geometry Wars series has always had you covered. And if you want to take that action along with you on your phone or tablet, you’ll be happy to know that the third installment is now available for iOS devices.

But do touch controls ruin the twin-stick goodness, or is does the beat go on?

Fortunately for bus-riders everywhere, this is one iOS port that manages to maintain the insanity without falling victim to the mobile-game plague of Stupid Thumb. 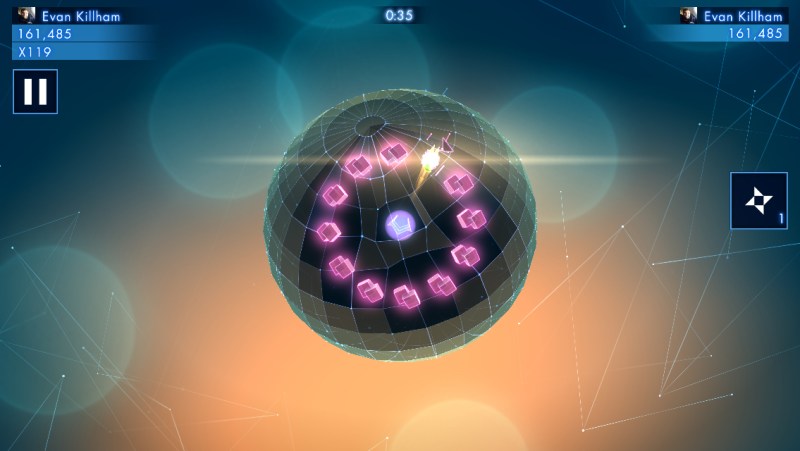 Above: If you let auto-aim take care of this group, your little ship will blast away like Christian Bale in Equilibrium.

Your stupid, opaque thumbs can stay out of the way

Here’s the problem with your thumbs: They aren’t transparent. And that’s usually an issue in mobile games, but Dimensions provides enough room on the sides of the screen for your chubby digits and lets you actually see what you’re doing. The auto-fire features also helps, letting you keep one thumb off the screen and on deck to activate bombs or your drone’s super-move.

It doesn’t work quite as well in some of the Classic modes, particularly those that bring back the full-screen arenas of Geometry Wars 2, but it’s never a huge obstacle. 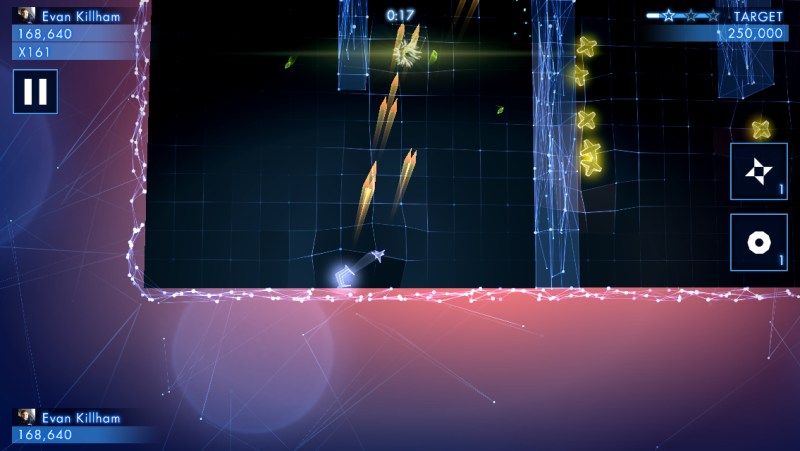 Above: Go forth, little drone, and kill.

Auto-fire works really well (most of the time)

Auto-fire is easily the best feature of this port. If you want to, you can just focus on keeping your ship out of danger, and it’ll target and shoot at whichever enemy is closest. Since your screen space is limited, this works really well to keep your view clear most of the time.

It will fail you occasionally, however, because the closest target isn’t always the best one to shoot. Sometimes, you’d be better suited at clearing up a path farther away, and auto-fire will thwart you. The good news is that at any time, you can plunk down your other thumb to override the game and fire manually. You just need to be careful that you don’t accidentally drop a room-clearing bomb when you do so. You may not have that trouble on an iPad, but I was playing on an iPhone 5s, and it was a real risk. 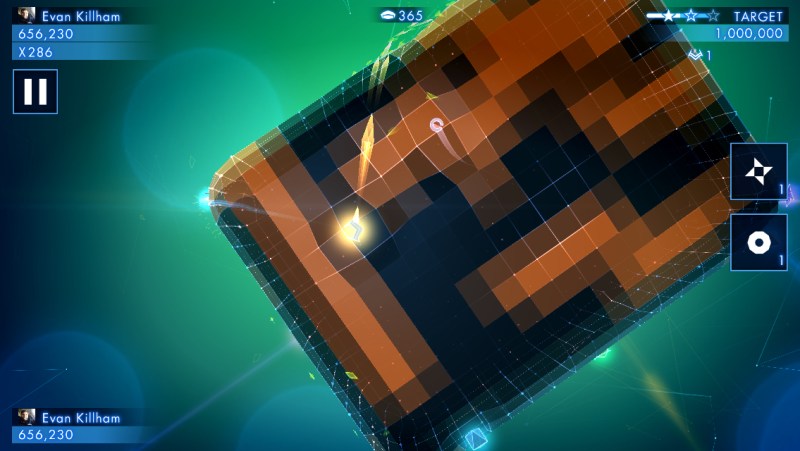 Above: Rainbow Mode has you taking out enemies before they can color every square on the map.

You have plenty of ways to play

I’m not just talking about modes here, although Dimensions has plenty of those. Some of the classics are back, like Pacifism, which takes your guns away and makes you run through gates and over mines to destroy enemies; and King, in which you can only fire within designated zones on the screen. New modes include Rainbow, which has you scrambling around a three-dimensional world destroying special enemies before they can “paint” the entire map a different color.

The three-dimensional levels add variety and challenge, and they invite new strategies. You’ll have to move differently around a peanut-shaped world, for example, than a cubic one with blind corners and a larger area to maneuver in. The game throws in some old-style, flat arenas from time to time, and it has enough map types and modes to make sure that every level plays differently.

You can also throw your own wrinkles in with your choice of drones. After a few levels, you start unlocking little flight buddies that are specialized for different tasks. One will fire in the same direction you do, doubling your firepower, while another will leave you to fight while it runs around and collects the multiplier-boosting “Geoms” that defeated enemies drop.

All of these things combine to ensure that the game stays fresh every time you play, and you have plenty of opportunities to try everything and develop your play style. 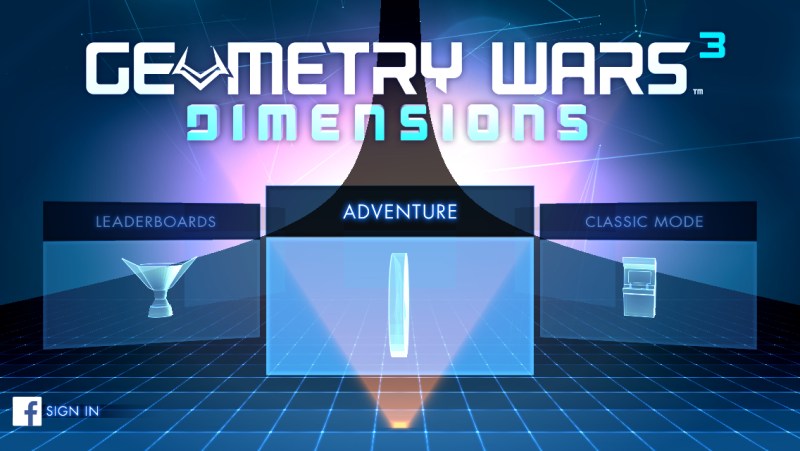 Above: You can take on the story-ish Adventure Mode, or you can go back to the classics in a more arcade-style setting.

Stuttering between auto and manual fire will get you killed

It’s great that you can override the automatic fire and aim manually, but you pay for it: It feels like the game stumbles a little bit while switching between the two options. I often found myself unable to move while immediately after entering or leaving manual fire mode. And I couldn’t get going again until I lifted up my left thumb and then put it back down.

It costs a fraction of a second to compensate, but this is a game based on perfect timing and establishing a rhythm, so even an ill-placed eye blink can bring down a great run.

Twin-stick shooters depend on providing players with maximum flexibility of movement and fire, and anything that interrupts either of these is an affront. I eventually developed a workaround for this issue: I just focused on movement and let firing take care of itself. But it was a compensation that should never be necessary. It doesn’t happen enough to bring the entire game down, but once is plenty.

Geometry Wars 3: Dimensions brings the series’ gorgeous, twin-stick action successfully to iOS. The graphics and music are as good as ever, the variety and options are staggering, and the controls work. It’s a game that absolutely must be on your iOS device.

Geometry Wars 3: Dimensions is out now for PlayStation 4, Xbox One, PlayStation 3, Xbox 360, PC, Mac, Linux, and iOS. GamesBeat purchased its own iOS copy for this review.