Given Insomniac Games’ prolific output of Ratchet & Clank games across the PlayStation 2 and PlayStation 3, it’s hard to blame the studio for taking a break from the demands and expectations of another sequel. Its upcoming bold entry on the PlayStation 4 is a two-pronged approach, with a game that is about as newbie-friendly as you can imagine for a Ratchet & Clank release and a matching feature film from Rainmaker Entertainment due out in April 2016. 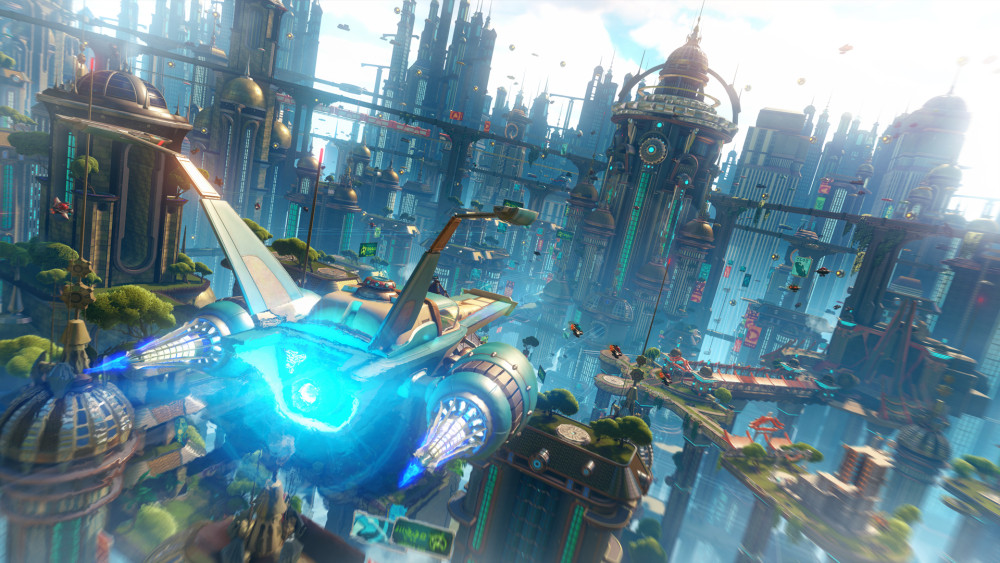 Above: Along with new worlds and weapons, expect new flight sequences.

The Burbank, Calif.-based game studio has steered clear of classifications like “remake” or “reboot” and sees this latest installment as a “reimagining” of the first game in the series. Although Insomniac has been excited to develop this new Ratchet & Clank with a clean-slate mentality, you shouldn’t fear drastic changes to the series’ core appeal. It’s not a darker tale nor is it grittier or less cartoony. So, yes, Captain Qwark is charming and charismatic as ever. And since this is going to be on the PlayStation 4, expect a detailed art style that you could almost mistake for a Pixar production. It’s hard to ignore, let alone admire, the enhanced peach fuzz on the edges of Ratchet’s ears.

Both the film and the game complement each other with similar action and story elements but without strict 1-to-1 sameness. For instance, not all the weapons in the game are in the movie and vice versa. And while the game will use some short clips of the film as some of its cutscenes, there will be some original, real-time cinematics to enhance the game’s exclusive areas.

If you imagined what the original Ratchet & Clank would be like today when developed with the two decades of experience and knowledge, this game is what you’d end up with. That includes engaging platforming and combat through the most visually vibrant Ratchet & Clank world yet. One especially enthralling sequence I played involved an unsurprising pursuit on a train. Given the cartoony, futuristic setting, this wasn’t a simple locomotive with generic boxcars. Picture instead a boxcar-shaped fishtank with fully animated fish inside. 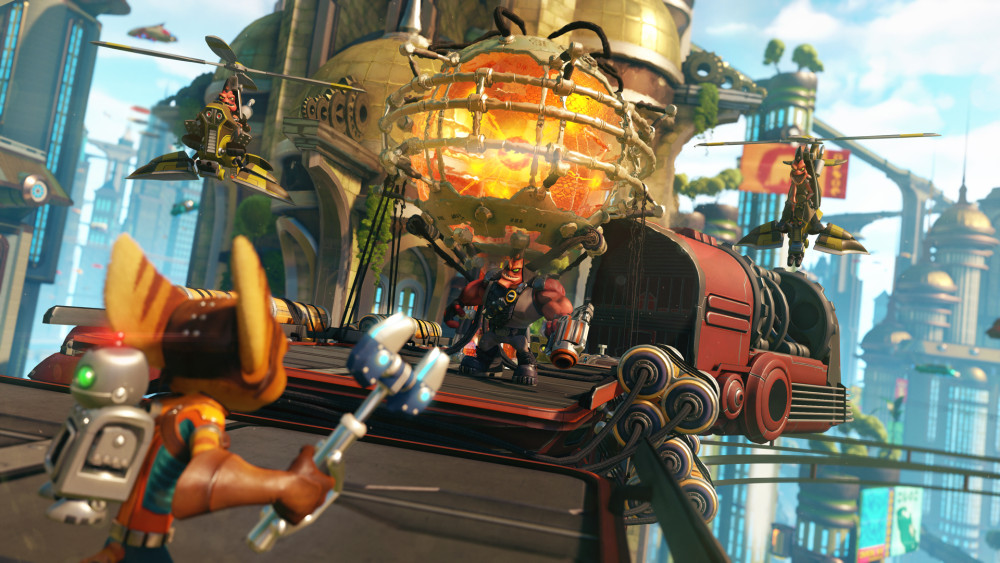 Above: Yes, we played this train section, and it was brilliant.

Whether you’ve played every Ratchet & Clank or your first Insomniac game was Sunset Overdrive, you know of the studio’s penchant for imaginative firearms. Over the years, it has gotten better at weapon combos: stun a foe with one attack, finish him off with another.  These outrageous weapons are practically characters, which makes me optimistic that the series’ combat will translate very well into film. It’s fully upgradeable arsenal will feature fan favorite weapons like the dance-inducing Groovitron and the potent Fusion Grenade. My favorite is the Pixelizer, which makes targets look like crudely digitized versions of themselves.

Between the movie and this reimagining of Ratchet and Clank’s first adventure, Insomniac is in exclusive company. When it comes to movie adaptations of game franchises and the specific games developed to complement those films, the only two other examples I could think of is the Street Fighter game based off the movie starring Jean-Claude Van Damme and Prince of Persia: The Forgotten Sands, which coincided with the Jake Gyllenhaal film. The fact that the Ratchet & Clank movie is being written by long-time series writer T.J. Fixman is one important reason why fans should be excited for this film.

As the first Ratchet & Clank game on the PlayStation 4, this is also a fine a time as any for a reimagining. 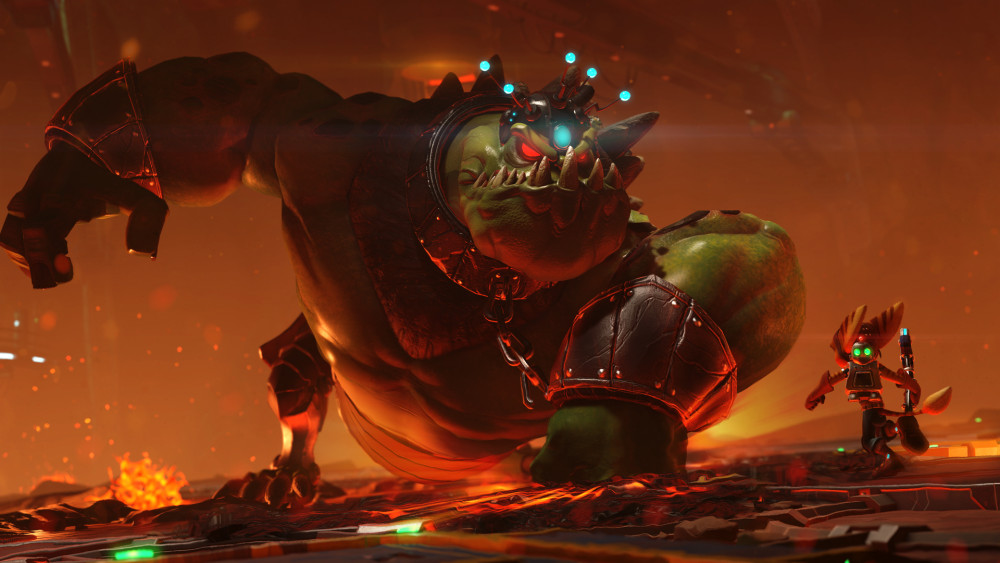 Above: Why yes, there will be bosses.