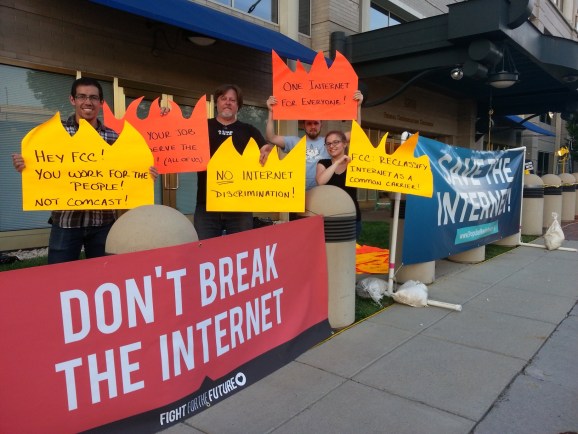 The wireless industry is trying to delay the onset of new Federal Communication Commission net neutrality rules, but a D.C Court of Appeals is having none of it.

The court refused to issue a stay on new FCC network neutrality rules that are set to go into effect Friday, reports the Los Angeles Times. AT&T and a group of other net neutrality opponents had petitioned for the stay as court continues to review lawsuits intended to reverse the FCC’s February order.

The FCC in February voted to class broadband service as a Title II telecommunications service, meaning that it will be regulated somewhat like a public utility.

The wireless industry’s trade group said the court’s decision today is just the start of what it believes will be a long fight to reverse the net neutrality rules.

“Starting Friday, there will be a referee on the field to keep the Internet fast, fair and open,” Wheeler said.

Among the organizations that have filed legal challenges against the net neutrality rules are AT&T, CTIA, the National Cable & Telecommunications Association, Centurylink, the American Cable Association, U.S. Telecom, and the Wireless Internet Service Providers Association.