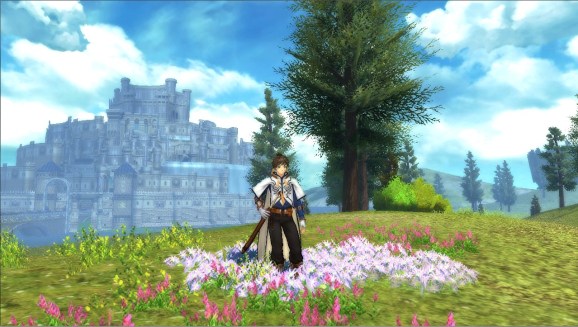 Namco Bandai announced today that it would bring one of its most recent Tales series role-playing games, Tales of Zestiria, to the PC for the first time. The title was previously announced for PlayStation 3, but the Japanese game publisher added the PlayStation 4 and PC to increase the reach of one of its most popular franchises, which will be 20 years old this year. Its move to PC specifically points to the recent trend of Japanese developers and publishers finding new audiences on the platform, following Gung Ho and Nihon Falcom, among others.

Tales of Zestiria will be available across all three platforms on Oct. 20.

“With the high adoption rate of the current generation of consoles and continued popularity of the PC platform, we are more than excited to be able to port Tales of Zestiria to the PlayStation 4 system and Steam exclusively for Western fans across the Americas and Europe,” said Bandai Namco Entertainment America senior vice president of sales Chris Gilbert, in a statement.

Tales of Zestiria was released in Japan on PlayStation 3 in January, and it was successful enough to see a comic and television animation adaptation. Tales games have a dedicated following in the West, though they don’t quite meet the popularity of other role-playing series, such as Square Enix’s Final Fantasy series.