One of this week’s surprises was the partnership between Microsoft and Facebook’s Oculus VR division on virtual reality. Microsoft’s Phil Spencer went up onstage to talk about the partnership at an unveiling event on Thursday in San Francisco.

He said that a Microsoft Xbox One wireless controller will be bundled with every Rift sold when the virtual reality headset goes on sale next year. And you will be able to stream your Xbox One games to the Oculus Rift’s screen as well.

As we noted in an earlier story, the Rift isn’t going to be Microsoft’s main play for the future of games, as its own HoloLens augmented reality glasses will fill that role. But for now, it’s a good strategy to push Oculus for VR and HoloLens for AR. And clearly, the move will help Microsoft compete against Sony’s Project Morpheus VR headset for the PlayStation 4 game console.

Spencer stayed on afterward to answer questions from the press. Here’s an edited transcript. 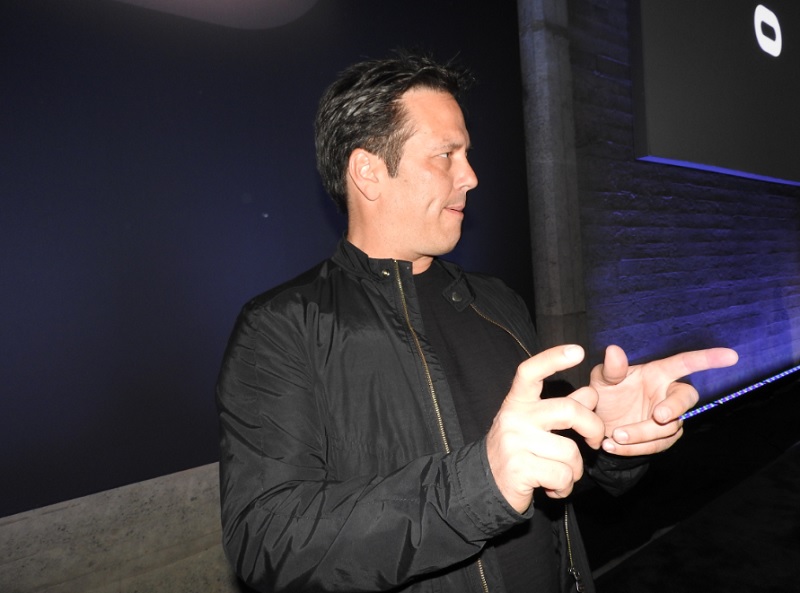 GamesBeat: How did you come to this deal?

Phil Spencer: Oculus went through the whole investigation early on. They still think we’re at the beginning of what VR is about. I’ve known Brendan Iribe and Jason Rubin and these guys for years. It was a great opportunity to partner with somebody who’s a leader here. We can continue to take feedback from all the VR companies around what we need to do in Windows to make sure that it’s great for these guys. Ted and all the developers building games on the platform they’ve known for years, they’ll be able to build VR versions of those games.

It also allows us to focus on a space that’s different, AR, with HoloLens, where we have a lot of things still to figure out. And we can focus on Xbox and Windows. It seemed like the right move for me when we talked to the Xbox team about this. The whole HoloLens team sent me a picture. They watched the briefing with the HoloLens on, streaming this picture on the wall. It’s the most surreal collision of memes. But they’re all really excited about this show.

GamesBeat: How much work did you have to do to support this?

Spencer: Obviously, the controller is the controller. That part was easy. We announced our wireless dongle for PC last week. That’s what they’re bundling, so there’s no work there. That’s stuff we’re already doing.

Windows was some work. When these guys all started on Windows 7, they were doing some things with the display driver to get the stereoscopic stuff they’ve gotta do for VR working. When we were working on Windows 10, we decided to go out and talk to the different people who were building these great VR experiences — Valve, all these guys — and see what we can do in Windows 10 to make this the best possible platform for VR. We’ve been taking that feedback and all that is in our road map for Windows 10. That’s been helpful.

On the streaming, we’re already streaming from the Xbox to PC. We announced that in January. There is some work to take that stream off of Windows 10 — right now that shows up in the Xbox app. They create what they call their “cinemas,” and then show that screen in that space. They’re more expert at that than we are. But the dev teams have been working on it. It’s really nice. It’s a 2D display in a 3D world.

I’m not turning all the Xbox games into VR games, but the fact that you get the big screen — I point to this screen when people ask me how big it is. It’s as if you were looking at that. The fact that everything else is nonexistent, everything else is blacked out, the sole focus of your mind’s eye is on the screen. It’s a nice, immersive experience. A lot of the guys back in the office, that’s the way they want to play. They stream their games that way. But we had to do some work to allow them access to the stream. We did some integration on the cinema stuff. 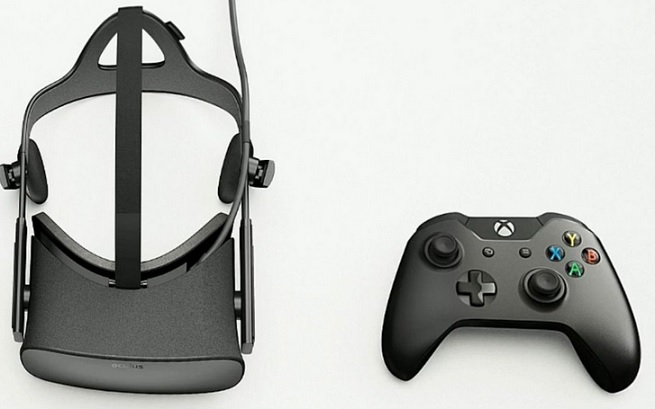 GamesBeat: Are the games interchangeable with the touch or the controller?

GamesBeat: Can you talk about what motivated you to do this partnership?

Spencer: The real motivation — I go back to our origins with Windows, when there were software companies and hardware companies doing real innovative work on top of the platform. That’s a good spot for us to be with Windows, supporting these ecosystems that grow up. Some of them we’ll participate in with go-to-market products. HoloLens is one of those. Xbox is one of those. Other opportunities, it’s best to find people who are doing amazing work and say, “What can we do to help you guys be more successful with your product on our platform?”

That’s where we are with them. I’ve known Brendan for years. I’ve known Jason and the team here, both Jasons. It was a natural because of the relationships. In the collaboration that’s been going on for a while, it’s been nice to see the progress. The teams are working hand in hand. It’s great to be able to come out here on stage. It was a little unclear, with E3 next week, whether I was going to get to do this. I probably wasn’t as prepared as I should have been. But it was fun to come do this with them.

GamesBeat: How does the partnership break down? Is it like Windows licensing, where you get a piece of each purchase for the controller?

Spencer: I won’t go into the details. It’s nothing too complex. If you think about how you might get a controller from us, it’s more or less like that. On the other stuff, in terms of the technical integration, it’s just working collaboratively on things that are good. There’s not a financial thing there on the streaming. We just want them to be successful. If people can play Xbox games in more places, we think that’s good for everyone.