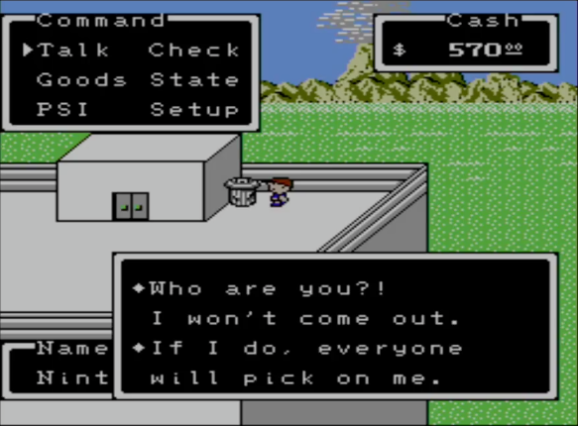 Nintendo did it. They really did it.

Earthbound Beginnings is out today at 6 p.m. Pacific time on the Wii U Virtual Console. The publisher revealed the huge surprise to kick off its Nintendo World Championships event just days before the Electronic Entertainment Expo gaming tradeshow in Los Angeles. Earthbound is one of Nintendo’s most beloved franchises. It’s a role-playing series about the United States imagined through a Japanese prism.

Beginnings is the first time that Mother — a game from 1989 — is coming to the West; the original Earthbound was actually Mother 2. This means, and you should keep this in mind, that Earthbound Beginnings is an old game that will not coddle you.

Check out the trailer below for a taste of what you can expect:

Fans of the Earthbound series have waited for decades for Nintendo to release the original entry in the Mother series in North America. After debuting for the Famicom (the Nintendo Entertainment System in Japan) in 1989, it gained a following in the company’s home country. But it wasn’t until Mother 2, and its North American localization as Earthbound in 1994 for the Super Nintendo, that the franchise started to win over fans in the States.

And that was the only entry in the Mother trilogy that would make the trek to Nintendo of America’s territory. The publisher did make and release Mother 3 for the Game Boy Advance in 2006.

But now fans may have more hope than ever for Mother 3. If Nintendo is willing to release the first Mother, it may finally do the same thing for the last entry in the franchise.