Soon, you’ll be able to have little plastic versions of every character from Super Smash Bros. for the Wii U and the 3DS.

The news came out of a streamed Nintendo event this morning that covered everything that’s coming to the latest versions of its super-popular fighting title.

We got to see full versions of several of the new Amiibos, which are not only cool figures but also unlock additional content in the game. The unveiled figures are Nintendo Entertainment System peripheral-buddy R.O.B., the dog and a duck from Duck Hunt, Mr. Game & Watch, and Falco from Star Fox.

The two-dimensional Mr. Game & Watch Amiibo is especially interesting; it comes with several different poses of varying anger that you can swap out. Nintendo also showed off three figures based on the game’s player-designed Mii Fighters, which include a Gunner, a Swordfighter, and a hand-to-hand Brawler.

In addition to the reveals, Nintendo announced on the stream that all 51 Super Smash. Bros. characters will get Amiibos, which includes the newly revealed characters Lucas, Roy, and Ryu. Nintendo of America’s official Twitter account confirmed this afterward.

In fact, all 51 playable #SmashBros characters will eventually have #amiibo figures!

You can start looking for the new Amiibos in stores starting in September. 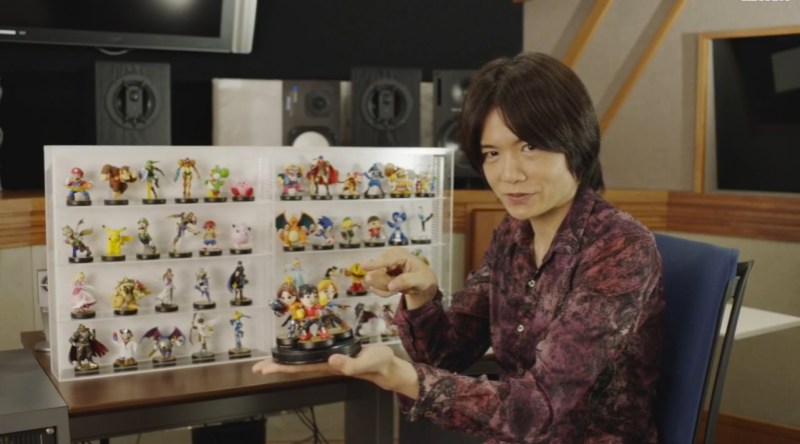