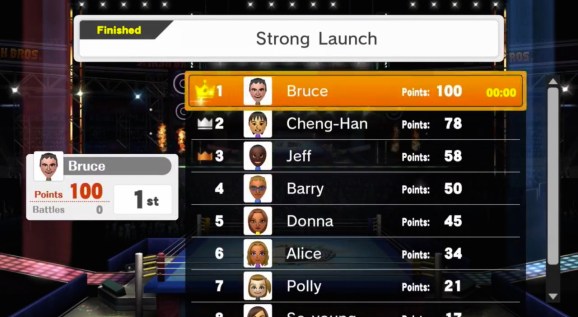 Nintendo is adding two new tournament modes to Super Smash Bros. for Wii U and 3DS.

Community Tourneys has players competing for the highest amount of points in a certain amount of time. Regular Tourneys will have a specific rule set and will only happen at select times, like real tournaments.

Sakurai said his team has already finished developing the new modes, but he also said that it wants to make sure it tests out the online features thoroughly.

Super Smash Bros. is the fastest selling Wii U game in the U.S. It’s sold more than 1.6 million copies. More than 490,000 of those copies were sold during the first three days of its release in November 2014.