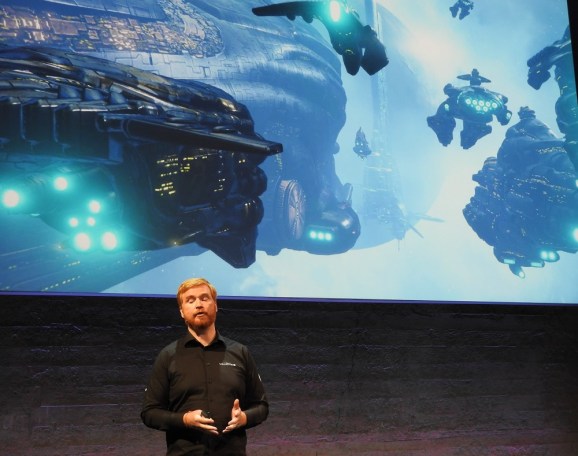 Hilmar Veigar Pétursson and CCP are big fans of VR.

Hilmar Veigar Pétursson, the chief executive of CCP Games in Iceland, was the first developer to show off a new game at the Oculus VR event on Thursday in San Francisco. His team has been “all in” on virtual reality for a long time. They created Eve: Valkyrie, a sci-fi space combat game set in the virtual universe of CCP’s Eve Online.

“We’ve been blurring the lines between what is real and virtual,” Pétursson said. “Our company vision is to create virtual worlds more meaningful than real life.”

That’s a “ballsy, crazy-ass statement,” he said. “But now, when we are truly seeing the dawn of virtual reality, I don’t think we have to make excuses for that statement anymore.”

Pétursson said that a small team of developers were so enthusiastic about the Oculus Rift, which debuts next year, that they took it upon themselves to create Eve: Valkyrie. They got unanimous feedback from fans to finish the game, and so CCP got behind it and turned it into a full virtual-reality title.

“Valkyrie is built from the ground up for VR and showcases all that is great about VR,” he said. “Eve: Valkyrie is the closest thing you’re going to get to real space combat. You are immersed in a 360-degree cockpit experience. You get something that feels so real; it’s more than real. That’s why we love it.”

Here’s more from our conversation with Pétursson. 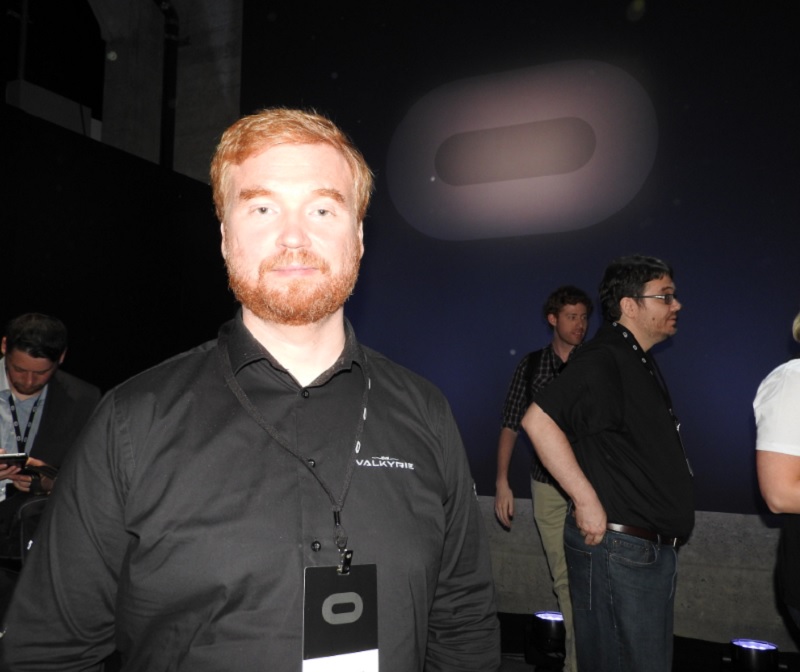 Above: Pétursson, CEO of CCP Games.

GamesBeat: What do you think of all the hardware and the touch input they showed today?

Hilmar Veigar Pétursson: The hardware looks really slick. It’s very light. It has the quality of the Crescent Bay [Oculus Rift prototype], which is amazing. It’s great that they got a form factor this good, this light. It works really well.

GamesBeat: Will your game work with the Xbox controller and the Oculus touch controller?

Pétursson: Our game is made for controllers. The Xbox One controller is a great choice. It’s good to have a stable target to aim for. We’ll definitely experiment with the new controllers as well. We have many ideas on how they could be leveraged for all the VR projects we’re working on.

GamesBeat: You have more than just the first game?

Pétursson: We have a project going on for the Gear VR as well, and we have another team working on crazy futuristic R&D with input. It’s a really cool prototype using the Microsoft Kinect, where you can scan your body and project it into VR and do all kinds of tracking. We’re keeping abreast on all the futuristic inputs into VR. But Valkyrie is aimed at the stable platform, the controller. Maybe we’ll do something cool when we have more mileage on the new controllers they’re announcing today.

GamesBeat: I would guess that your game pushes the system to its limit.

Pétursson: Yeah. It pushes all systems to their limits. The [head-mounted display], the GPUs, the CPUs, it’s all screaming.

GamesBeat: Can you run at the specs that they described?

Pétursson: We’re definitely aiming for the minimum spec they’ve come up with. Then, we’ll see new chips coming out. We’ll have optimizations and all that. But for now, we’re aiming for the specs they’ve released. 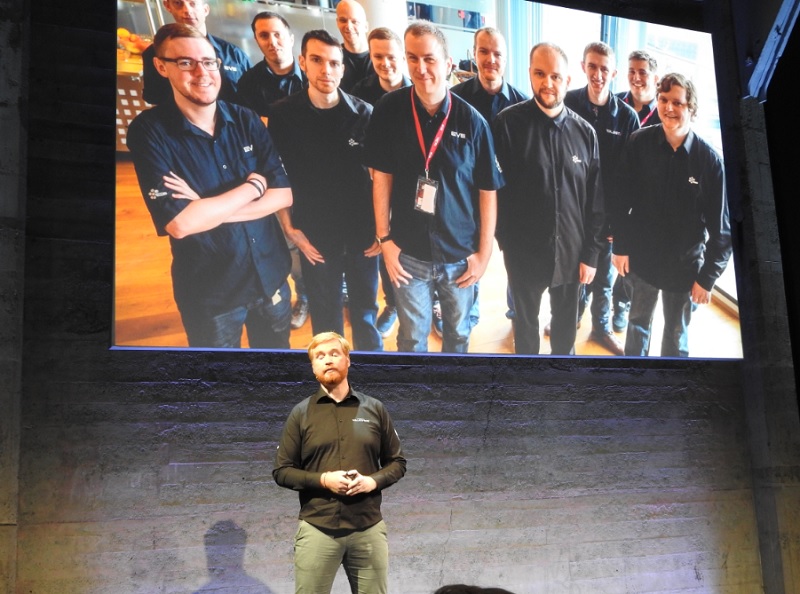 Above: Pétursson and the team that made Eve: Valkyrie.