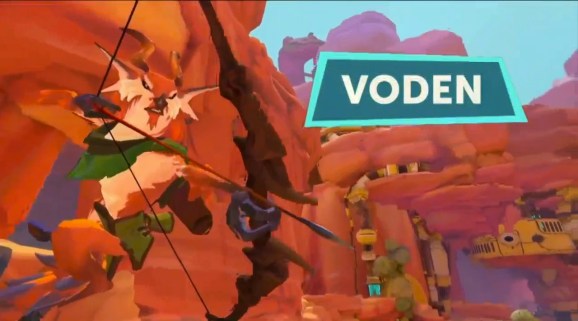 LOS ANGELES — It won’t be long before you can fight battles alongside your very own dragon.

At its press briefing for this year’s Electronic Entertainment Expo tradeshow this morning, Microsoft revealed that a beta test for Gigantic is coming Aug. 15 for Xbox One and Windows 10. The full game will come out later this fall.

Developed by indie studio Motiga, Gigantic is a free-to-play fantasy-action game that puts a colossus-sized twist on the multiplayer online battle arenas like League of Legends. It somewhat resembles a third-person shooter, with two teams of five warriors fighting against each other. Both factions have to protect their Guardian, a giant computer-controlled monster (like a dragon or a griffin-like creature) who helps them in battle. Gigantic is a cross-platform game, so Xbox One and Windows 10 users can play together online.

Founded in 2010 in Bellevue, Wash., Motiga is full of veteran console and PC developers, including former StarCraft and Guild Wars designer James Phinney (he’s now the creative director on Gigantic). In July 2014, the company came out of stealth mode to reveal that it raised $20 million from investors to make free-to-play games. At this year’s Game Developers Conference, it announced its partnership with Microsoft, which among other things, means Motiga has access to more servers to support its colorful online game. Development on Gigantic began in 2012.