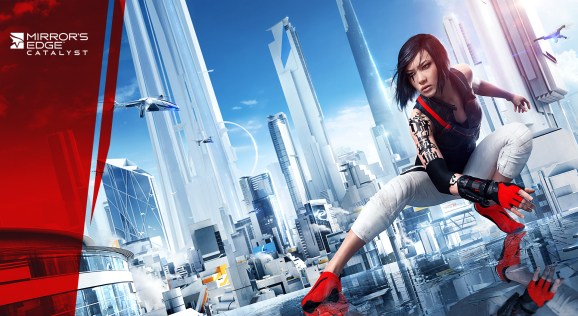 That would be the catalyst.

LOS ANGELES — We got our best look yet at Mirror’s Edge: Catalyst during Electronic Arts pre-E3 press briefing today.

Catalyst is the follow-up to 2008’s Mirror’s Edge, which was notable for its first-person parkour gameplay and stylized graphics that used a minimalist color palette. However, EA has said that Catalyst is not a sequel. Instead, it will focus on main character Faith’s origin story. It is built with EA’s Frostbite Engine. While the original was linear and had levels, Catalyst is free-roaming with no loading screens.

EA showed off a new trailer for Catalyst, which you can watch below.