After a parade of fan-favorite games, remakes, and revivals, Sony’s Andrew House announced a continued rollout plan for PlayStation’s cloud-based television service, PlayStation Vue. PlayStation 4 and PlayStation 3 owners in San Francisco and Los Angeles can now sign up for the service, which plans to go nationwide at an announced future date. Vue currently offers 85 channels with three pricing tiers. 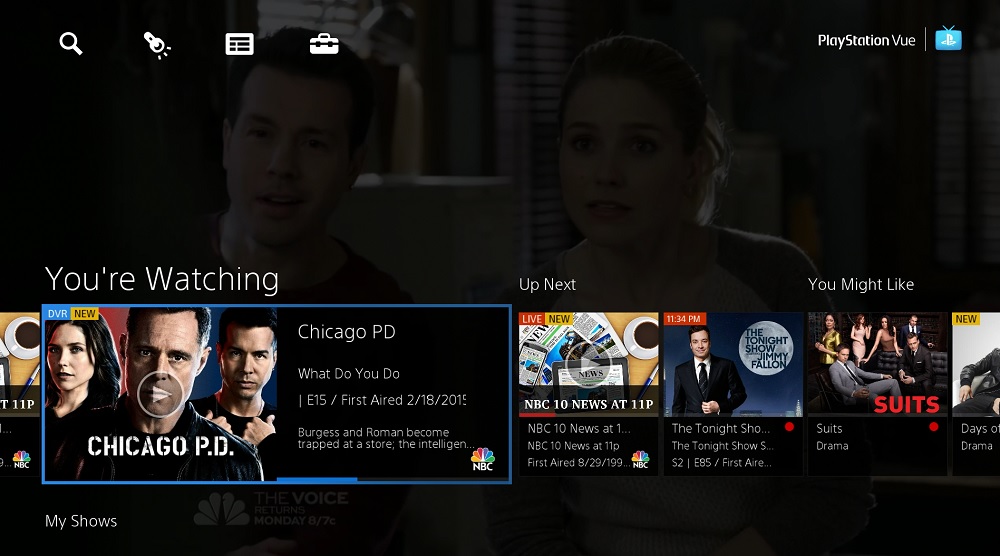 Above: You use a game controller to scroll through shows on PlayStation Vue.

The service offers a variety of network and cable programming — including a new content channel by Machinima — with users able to subscribe to individual channels of their own choosing. Members of Sony’s PlayStation Plus subscription program will also be able to subscribe to networks like Showtime at a discounted rate.