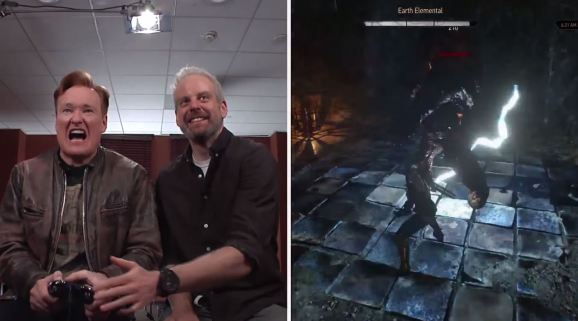 The story-driven role-playing game topped YouTube’s trending chart for May, which is a combined measure of viewer numbers and new video uploads. The new chart is part of YouTube’s drive to engage gamers, as it faces stiff competition in the space from livestreaming sites like Twitch — acquired by Amazon last year for $970 million — and Hitbox. YouTube recently enabled 60 frames-per-second and HTML5 support for livestreams — both steps to sell itself as a serious livestreaming option — and a dedicated YouTube Gaming app and web site are coming later this summer.

Thousands of Let’s Play videos by YouTubers — including talk show host Conan O’Brien in his Clueless Gamer guise — helped boost The Witcher 3’s popularity. This also sparked renewed interest in its predecessor, The Witcher 2: Assassins of Kings, with search traffic equal to the time of its console launch back in 2012.

Dontnod Entertainment’s episodic adventure game Life is Strange came second in the trending chart, demonstrating the power of a staggered release. Episode 1 of Life is Strange came out back in March — with subsequent episodes following at roughly monthly intervals — and people wouldn’t be so interested still if it had arrived as a single package of content.

Beyond that, Nintendo’s colorful new third-person shooter Splatoon landed in the fourth spot of the trending list. This is particularly noteworthy given Nintendo’s restrictive approach to YouTube videos of its intellectual property. It only allows people to upload videos as part of it own partner program, which splits advertising revenue between the content maker and Nintendo on a limited range of titles.

Gamers were also watching and sharing videos of the upcoming action adventure Batman: Arkham Knight. YouTube notes that much of the user-created content driving its popularity are reaction videos from popular YouTube personalities like Tyrone Magnus.

Here’s the full list of trending games for May: