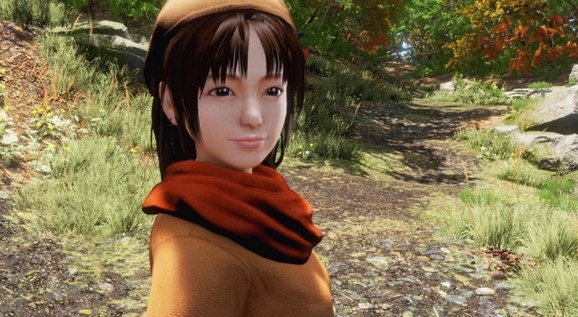 Update 4:45 p.m.: As GamesBeat reported this morning, Shenmue III successfully hit is goal in under 10 hours.

LOS ANGELES — In one of the surprises of the day, former Sega game creator Yu Suzuki announced that he would start a Kickstarter campaign to fund Shenmue III, the third part of his modern role-playing and fighting video game.

Suzuki joined Sony executive Adam Boyes onstage to announce the Kickstarter campaign for the long moribund franchise. Sega published the first two titles in the Shenmue series, but Suzuki’s Ys Net aims to raise $2 million in the campaign to fund the title.

Suzuki described the game on his site as the “true sequel to the classic open world action RPG games, Shenmue and Shenmue 2. Created for modern platforms (PC and PlayStation 4) and built in Unreal 4, Shenmue 3 will continue the legacy of Shenmue.”

You can help “save Shenmue” by funding the campaign and rejoining Ryo and other characters in a new adventure. The game will also have new features and fighting mechanics.

“Our ambition is to deliver a Shenmue experience that will draw in newcomers to the series and reward diehard fans with its deep story and rich gameplay,” Suzuki said.

The first Shenmue was set in Japan, and the second was set in China, as Ryo Hazuki went there to search for his father’s killer. There, he meets his new travelling companion, Shenhua, and learns of a legend from her village that has foretold their path together.

“The story continues as Ryo and Shenhua start off on a new journey that will take them farther into enemy territory, deeper into mystery, and ever closer to their destiny,” Suzuki said.

In the third game, Ryo tries to track down the Chi You Men cartel and face Lan Di in a final showdown.

The game is expected to debut in December 2017 on the PC and the PlayStation 4.

Shenmue II debuted 14 years ago, and the original came out in 1999 on the Sega Dreamcast, Xbox, and N64.