Locust viscera will be very, very pretty this time around.

Toward the middle of the PC Gaming Show tonight at the Electronic Entertainment Expo, The Coalition studio head Rod Fergusson confirmed that the recently announced Ultimate Edition of the original chain saw-on-a-gun shooter Gears of War is coming to PC. The remake first appeared during Microsoft’s own E3 2015 press conference earlier in the week. 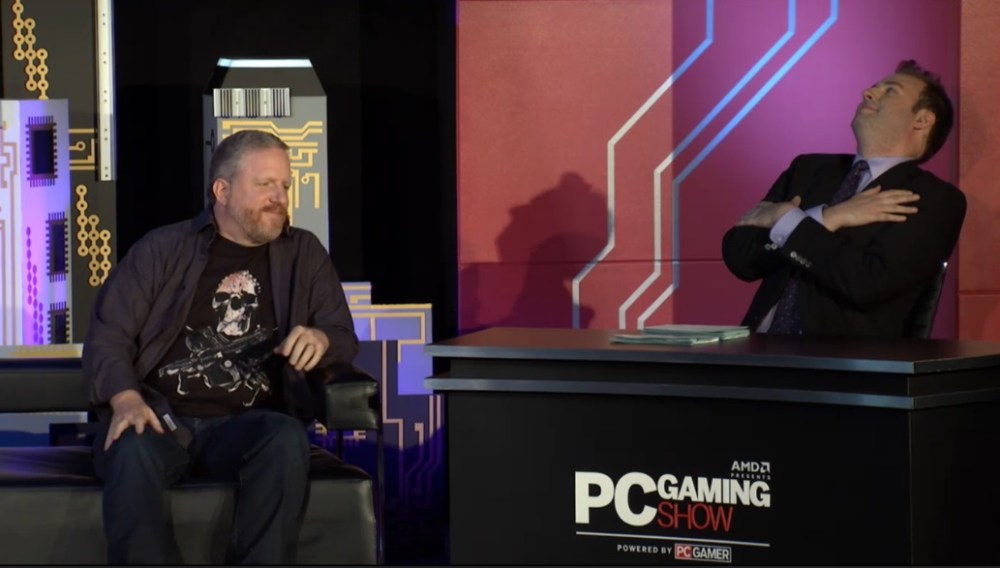 Above: The Coalition studio head Rod Fergusson announces the Gears of War Ultimate Edition for PC at the PC Gaming Show during E3 2015.

He promised “a lot of little nostalgic tweaks” for this, in addition to all features common to Windows 10 games. Fergusson also rattled off a few more specific features for the version, including 4K resolution, an unlimited refresh rate, and support for both classic and the newly announced Elite Xbox One controllers. He didn’t confirm whether the PC version will launch day-and-date with the Xbox One.