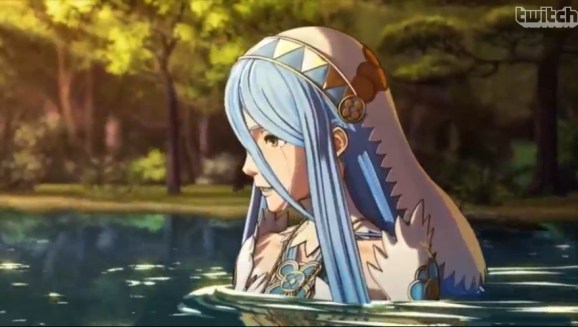 Fire Emblem Fates is coming to the 3DS sometime in 2016.

Update 9:58 a.m. Pacific: We have since learned that Fire Emblem: Fates is now the name for what was originally called Fire Emblem If — Ed.

Fire Emblem If has a new name in the U.S.: Fire Emblem: Fates.

Nintendo didn’t reveal new details about the game, but we already know that Fates is the first Fire Emblem game to feature “My Castle,” a base building minigame where players can set up shops and interact with their allies between battles. Using the 3DS’ StreetPass function, players can visit each others’ bases, pit their armies against each other, buy items, and recruit new characters.

Like previous Fire Emblem games, Fates will feature a rock-paper-scissors combat system, but developer Intelligent Systems is tweaking the familiar formula. It’s added a second layer of weapon types to the usual sword/ax/lance mix — magic and hidden weapons. It’s also getting rid of weapon durability; powerful weapons will lower character stats instead. The series’ traditional permadeath remains, but Awakening’s “Casual Mode” is returning as well for those who want to play without it, along with a new “Phoenix Mode” that revives fallen units on the following turn.

There will be two versions of the game, according to Nintendo. You can fight an opposing force or join the other side and try to foster change from within, all while struggling to decide whether or not to help blood relatives or the family that raised you.

Fire Emblem: Fates is the 12th main entry in the venerable tactical RPG series and the second Fire Emblem title created for the Nintendo 3DS. The first, Fire Emblem Awakening, was released in the U.S. in 2013, and its critical and commercial success convinced Nintendo to continue the franchise.

Fire Emblem: Fates releases on June 25 in Japan. A Western release is planned for sometime in 2016.