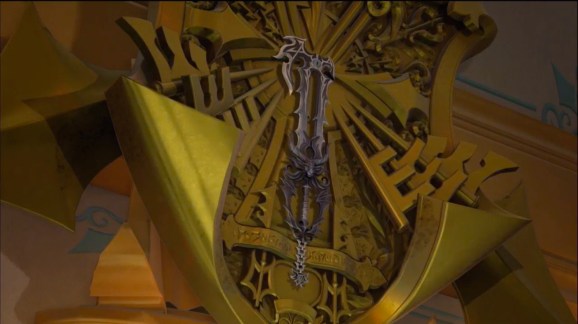 LOS ANGELES — Kingdom Hearts is a Square Enix series that takes place in worlds inspired by Disney stuff. Disney now owns Star Wars. So, we should expect to see Star Wars in Kingdom Hearts III, right? Not so fast.

GamesBeat talked to Kingdom Hearts III director Tetsuya Nomura and co-director Tai Yasue during a group interview session today at the Electronic Entertainment Expo tradeshow in Los Angeles. At one point, an Associated Press reporter asked Nomura about the possibility of Star Wars in Kingdom Hearts III. At first, PR immediately said that we weren’t allowed to discuss Star Wars, but Nomura did eventually speak on the issue.

“Of course, Disney Interactive and Square Enix [are the] publisher,” Nomura said. “They’re combining their forces to bring Kingdom Hearts. So, the other associated companies under Disney [are] not something that is as simple as us consulting with Disney Interactive. So, unfortunately, the lineup is kind of considered as different.”

What Nomura is talking about here is that the licensing for Star Wars isn’t that simple. Even though Square Enix is working with Disney Interactive, the publisher may not have all the rights to let just anyone make a game with Star Wars characters. This is especially true when you consider that Disney has a deal with Electronic Arts for that publisher to make Star Wars games, including the upcoming Battlefront. Also, the Disney-owned Lucasfilm probably has a say in the whole matter.

Now, we have seen Star Wars characters show up in Disney Interactive’s Disney Infinity. However, EA might have just been more comfortable with that game than with a rival like Square Enix having those characters.

Of course, this could all eventually be resolved, and it’s possible that Nomura is just misdirecting us entirely. Still, don’t count on seeing Sora fight alongside Luke Skywalker in Kingdom Hearts III.