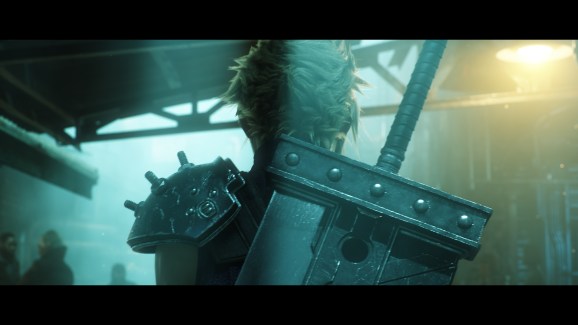 The trailer that launched a thousand vlogs.

LOS ANGELES — Final Fantasy fans were ecstatic to see Square Enix finally reveal a remake of the seventh installment in the series.  However, it’s never too early to wonder about the future.

During a group interview session yesterday at the ongoing Electronic Entertainment Expo in Los Angeles, I talked with Square Enix’s Tetsuya Nomura. Not only is he directing the Final Fantasy VII remake, but he’s been involved with the series since 1992’s Final Fantasy V. I asked him if he had any interest in working on remakes for the series’ other installments on the original PlayStation, Final Fantasy VIII and Final Fantasy IX.

But Nomura was thinking a bit further back than I was.

“Considering that we have remakes of Final Fantasy up to IV and then we have VII — I’ve been working with Mr. [Yoshinori] Kitase since Final Fantasy V, and we’ve noticed that V and VI are missing. That bothers me,” Nomura said. “How come we skipped over those two?”

He’s right. Final Fantasy I and Final Fantasy II had remakes on the Game Boy Advance and PSP, and Final Fantasy III and Final Fantasy IV were on the Nintendo DS. Both the fifth and sixth installments of the franchise (which originally came out for the Super Nintendo) are beloved by fans. Final Fantasy VI is probably only behind VII in terms of popularity. And while they did have mobile releases, those only featured new art (that was arguably worse than the original). They have not received the same attention as their predecessors.

Nomura also talked Kingdom Hearts III, and the problem with getting Star Wars characters into the game.

So, maybe Nomura can do something about that after he finishes the Final Fantasy VII remake.