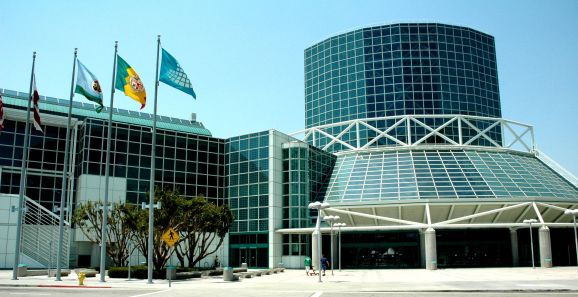 LOS ANGELES — The Electronic Entertainment Expo tradeshow brought together a huge number of developers, publishers, and media into the Los Angeles Convention Center in Southern California.

The Entertainment Software Association group, which organizes E3, revealed that more than 52,200 people attended the event. That includes gaming professionals from over 100 different countries who came to see more than 1,600 different products from 300 companies. This is up around 3,000 from last year’s total of 48,900 attendees — although that is potentially misleading, as the ESA invited in 5,000 non-professional gaming fans to the event for the first time ever. As part of this announcement, the ESA also announced that E3 2016 is June 14 through June 16 next year at the same site, the Los Angeles Convention Center.

In a statement, ESA chief executive Mike Gallagher says that this E3 was “about the gamer” more than any previous year. He also spoke about the changing landscape as virtual reality and augmented reality join traditional platforms like mobile, handhelds, and consoles as gaming destinations.

“As a driving force for technological and entertainment trends across the globe, the video game industry clearly demonstrated how it is revolutionizing the way people consume, engage, and interact with media,” said Gallagher.

While the physical show was a success, the ESA was also quick to point out the cultural impact that E3 is having. We already wrote earlier today how Google’s tools are showing that more people are looking for information from the event. ESA noted that fans posted more than 6.3 million tweets and gave more than 7.5 million likes on Instagram about E3 content.

Gamers and content creators have also posted more than 1 million YouTube clips to the video site about E3 since the start of the show.