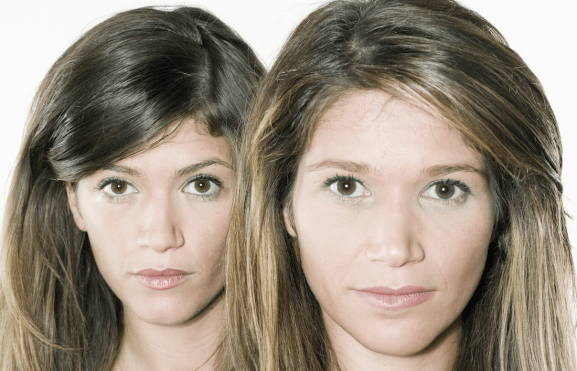 Predictive analytics firms are trying to differentiate their crystal-balling for finding would-be customers or bringing back former ones.

Palo Alto, California-based MentAd is announcing today it has raised $4.7 million to support its particular approach: “your next customer will be similar to the last.”

The company has developed mass analysis and segmentation of historical customer data as a way of identifying the next wave of customers and the kind of advertising that will appeal to them.

To find new customers who will be similar to existing ones, MentAd collects first-party data from the brand about their existing customers, which is often very basic info like name, email, and purchase history.

It then creates fuller profiles by matching that basic data with public profiles on social networks, info in public data repositories, and acquired third-party data.

Data mining and machine learning techniques — those complex, black box technologies that find patterns without being told what to look for — are employed to determine what commonalities the existing customers’ profiles have, as a whole and as thousands of smaller audience segments.

For instance, Romano said, what are the common characteristics for customers who prefer Product A over Product B, or that distinguish customers in Colorado from those in California?

It might turn out, he told me, that if the customers for a specific brand of shoes sold on a retailer’s site tend to be women aged 25 to 28 from New York who “are mothers of toddlers and like yoga, then we can check out how much it costs to target this audience” through Facebook, Google, and other ad networks.

The platform determines the lifetime value of that customer segment to the brand, and thus whether an ad campaign targeted to that group is worth it.

The best bets from among the thousands of segments are chosen, and the selected ad campaigns can be launched via ad platforms’ APIs connected to MentAd.

Romano gave the use case of a large, unnamed online retailer that was employing many different outside marketing agencies and ad platforms to improve sales in two regions.

They were seeing ROI of 110 to 115 percent over three months, he said, while MentAd drove ROI to 300 percent within two weeks.

The platform was launched last year, and the company claims it now has more than four dozen customers worldwide. The funding, consisting of a previously unannounced $1.2 million seed round and a recent $3.5 million series A, will be used to grow the product development, marketing, and sales teams, and to scale up business, mostly in the U.S. Funding was led by Blumberg Capital and OurCrowd, with participation by Edison Investments, Titanium VC, and Flint Capital.

There is no shortage of predictive lead scoring/predictive marketing/predictive analytics companies and capabilities out there. MentAd sees its key advantages as the creation of thousands of customer segments based on existing ones, coupled with a winnowing that picks the ones with the potential for the best ROI in an ad campaign.

Romano noted that predictive marketing companies in B2B — such as Everstring, Leadscape, and Mintigo — also segment and analyze existing customers, but they use that to score a list of leads according to the likelihood they will become customers. Sales then approaches those companies.

Some B2B predictive lead scoring companies — such as Lattice Engines or 6Sense — use intent data to indicate which new prospects are interested in your product. But, again, their output is a list of scored leads.

In the B2C space, Romano said, “most of the companies that use the term ‘predictive marketing’ … actually do retargeting” of existing customers. For instance, he said, AgilOne and AdRoll decide which of the customers arriving on a site should receive specific emails or other marketing.

But, he added, this is limited by the people coming to the site. By contrast, he said, MentAd reaches new customers.

Facebook offers “Lookalike Audience” targeting within its Custom Audiences feature. Romano said these involve a few manually created lookalike segments that might model “all visitors to my site in the last 30 days.” MentAd, he said, automatically creates thousands of lookalike audiences, which are then ranked by predicted ROI.

As for the larger multichannel platforms, like Adobe, Kenshoo, and Marin Software, Romano acknowledged they use machine learning and predictive analytics, but he said it’s always to optimize existing campaigns rather than initiate ones that are more likely to succeed.