LOS ANGELES — Richard Marks is the director of Sony PlayStation’s Magic Labs research division, and he’s responsible for dreaming up Sony’s Project Morpheus virtual reality headset. At the Electronic Entertainment Expo this week, he talked with us 1-on-1 about the growing body of virtual reality applications.

Variety of content is going to be key to wowing the crowds — and competing rival Oculus VR on PCs — once Morpheus ships next year. And Marks said he is encouraged by the progress that Sony is making, both with hardware technology and the array of games and demos that are available for the headset.

At E3, Sony showed off demos such as a scene from The Getaway, a crime game where you have to drive an escape van and elude attacks on motorcycles and cars that are chasing you. It also had puzzle games, a precision shooter, and a group social experience dubbed The Playroom. We talked with Marks about all of them. 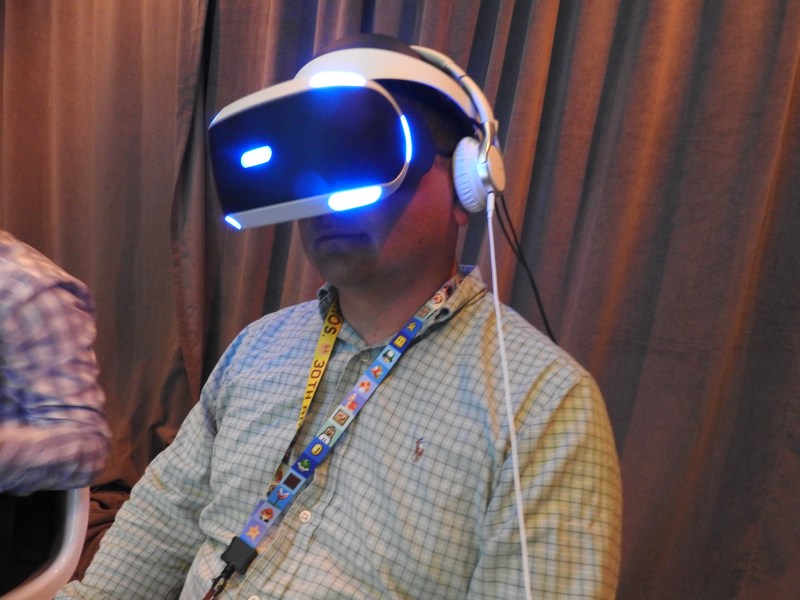 Above: Dean Takahashi with the Sony Morpheus VR headset.

GamesBeat: What advances have you made in the last year?

Richard Marks: Huge advances, especially in the display. The panel is 120 frames per second, OLED, low persistence, low latency. There’s additional tracking markers that make the tracking better. Wider field of view on the display, too, 100 degrees roughly for each eye.

GamesBeat: Does all the computing still happen in the PlayStation 4?

Marks: All the graphics computing does. Right now some of the 3D audio is done in a breakout box, but that’s part of the thing that makes it so the HDMI can go to the headset and the TV.

GamesBeat: It’ll be a wired solution?

GamesBeat: You still use it with headphones?

Marks: Yeah. Currently there’s a headphone jack, so you can use any headphones you want. 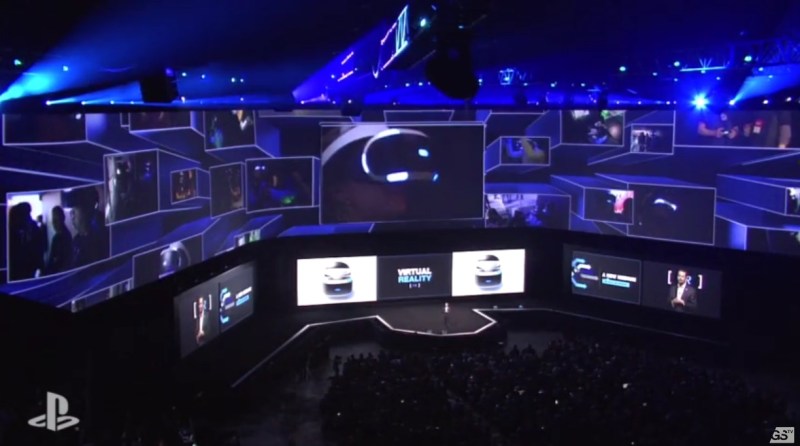 GamesBeat: Is there a camera peripheral that still works with the Move controller?

Marks: It requires the regular PlayStation camera for PS4 to work. It works with the existing Dual Shock 4 and Move controllers for tracking.

GamesBeat: What are you learning so far from the kinds of games that are coming in?

Marks: It’s neat to see such a wide spread of ideas. What’s surprising is how many different things are fun. There’s not just one thing you want to do. This is a game that you could almost see playing without VR, but it’s fun to play in VR. You can feel the 3D of it and get a new perspective. People like a lot of interaction and different kinds of interaction, whether it’s driving a tank or picking things up with their hands or shooting a gun in a first-person shooter.

GamesBeat: It’s kind of fun to just load a clip in the machine gun. I never had to think about that before.

Marks: One thing that’s surprising to a lot of people is how much fun it is to do things with two hands separately. Picking something up and doing something with the other hand to it—humans are really good with that. If you have to paint with just one hand and then move your body around it, it’s really hard, but if you can hold the object in the other hand and paint, it’s much more effective. You can move the paintbrush or move the object quickly.

GamesBeat: It’s interesting science. What sort of science are you applying to this? The perception thing was, if you’re at 60 or 30 frames per second, you get dizzy, but when you take it up to 120 it gets better.

Marks: The 120 does make it so you can refresh the screen more often and change the content. That makes you believe the world is real. It also makes your system feel better about it. But really it’s the low persistence that’s key. The way the brain works is kind of crazy. It’s better to show something for a very short time, a couple of milliseconds, and then show black after that. Your brain will fill in the black time in between with what it thinks would be the right answer. If you show the same thing for a long time, like eight or 16 milliseconds, your brain knows it should have changed a bit and it gets upset. With 120, we can update more often to do that.

GamesBeat: The mismatch is the problem. If your brain expects something and then get something else, it’s confused and gets dizzy.

Marks: We’ve found that 120 feels really good. A lot of people are doing 90. They’ve found that that’s high enough. But for us, we have most of our games on PS4 now at 60 frames per second. With the re-projection we can easily convert them to 120. Some games will do native 120. That’s the best. That feels awesome. But it feels quite good going from 60 to 120, having it convert for you. 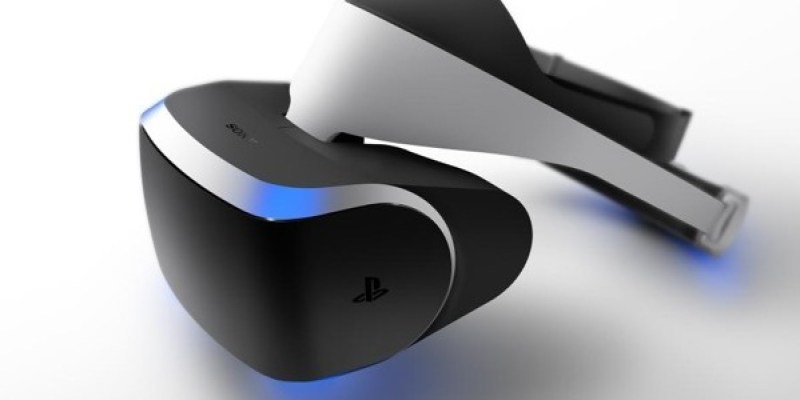 GamesBeat: What remains to be done? Giving developers more time to complete games?

Marks: We’re going through the manufacturing process now, making it so we can mass-produce them. It’s pretty close to feature complete, I’d say. There’s not going to be a major change before we launch the product.

GamesBeat: How long are developers shooting for? I think people expect the experiences to be shorter than a 20-hour game.