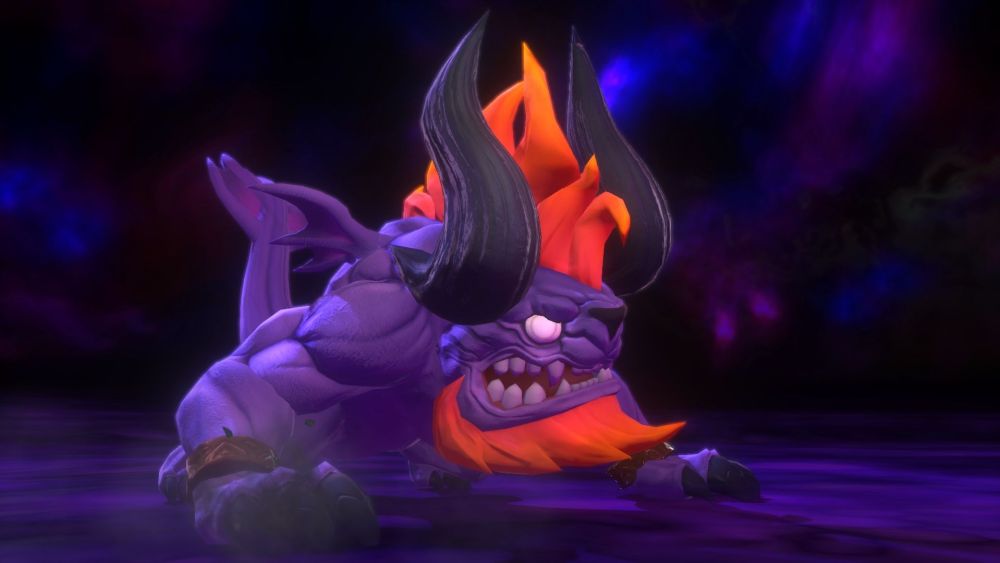 Above: Mr. Behemoth is angry.

GamesBeat:: Other than the protagonists, is the rest of the world wholly built out of previous Final Fantasy games? Are there new original characters or monsters created specifically for World of Final Fantasy?

Chiba: There are new characters and new monsters — some that Mr. Nomura created, some that Mr. Izumisawa created. In the graphics from above, you might have seen some designs by Mr. Amano. So there will be monsters you’ve never seen before.

Question: To be clear on how the structure works, you mentioned that as you go through, there will be different storylines. These will be new stories about the old characters? Do you do quests with them? How is that going to work?

Chiba: I can only disclose that Cloud and the Warrior of Light will be in the game. But all the characters appearing in the game from previous titles will actually be in the main story. You’ll meet every one of them in the main story. There are special side quests available as well for players who want to delve into their stories a bit more.

GamesBeat: When the original trailer debuted, I was very taken with the music. Is that going to be part of the game?

Chiba: The song you heard in the trailer is by Mr. Hamauzu. He’s in charge of creating new songs for the image of World of Final Fantasy. But there will be also songs in the game that are re-arrangements of songs from previous Final Fantasy titles.

GamesBeat: Is he handling those arrangements as well?

Question: In the press release, you mentioned something about discovering alternate forms. Could you talk about that? Is that alternate forms for your character, for different monsters?

Chiba: The characters changing forms—if you mean the characters getting bigger and smaller, you can actually do that with the push of a button at any point in the game. You can trigger the change in size whenever you want to. Changing size during battles will affect your stats and abilities. You’ll also be able to use gimmicks on the map that you can only use at a certain size. There are lots of fun elements in the game related to the size changes.

GamesBeat: Remixing things seems to be a big theme for Square Enix nowadays. It seems like a lot of work to have to once again retool all these classic characters and monsters for another presentation or story. Could you talk about what went into making, say, Cloud, or the Warrior of Light, fit into this new look and style?

Chiba: Because the previous characters all have very strong characteristics from their own titles, I was careful not to break that image, but to implement it to the new concept of the new game. It was very difficult, but I’ve been consulting with Mr. Nomura in regard to how each of the characters would move or speak, how they would fit into the new world. It’s easy for new players to empathize with them. I talked with Mr. Nomura because the characters will become smaller as well. We’ve talked about how they’d move when they become small. It’s a new challenge to create something we haven’t done with those characters before — how they would move and act at different sizes. 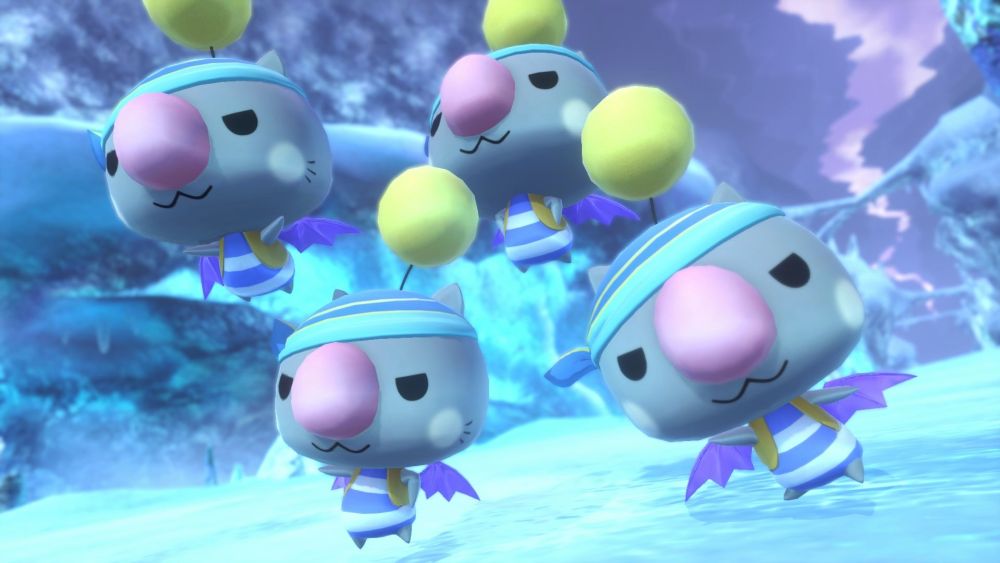 Above: It’s not a Final Fantasy without Moogles.

Question: You worked on Final Fantasy Type-0, which had a very dark story. Now it feels like you’re going in the opposite direction. Is the tone of the story in World of Final Fantasy going to be more like the art style, more lighthearted?

Chiba: As you can see from the images, it is pretty lighthearted and fun. My other titles have been very dark and heavy, though, so I understand where you’re coming from. I had some guidance from Mr. Hashimoto as far as how to approach this title. I’m trying to make it a more lighthearted, fun type of game. But at the same time, the Final Fantasy series is known for its heavy storylines, so I’m trying to keep that feel in this game as well.

GamesBeat: How did you work to put a lid on what you would pull from Final Fantasy history, who you would and wouldn’t use? Did you decide to take particular characters from particular games and then work them into a single story, or was it that as you were going along, you pulled things that interested you and the rest of the development team?

Chiba: Regarding the characters that will appear in this title, I actually dismissed any of the development team’s request to put in any characters. All the characters I’ve decided on myself. But it’s all to fit within the story. The story comes first. I decided which characters would fit in that story. Even Mr. Nomura was surprised at some of the characters I chose to put in the game.

GamesBeat: Was it a situation where you had people on the staff trying to make a case for including a character, and then you just told them it was too late, it was already decided?

Question: Could you talk about any of the characters that people pitched to you that you turned down?

Chiba: Hmmm … no, that’ll probably have to be a secret as well. [Laughs]

Question: Where do you see the future of Final Fantasy going? It’s in a weird position right now, where Final Fantasy XV is coming, and it’s very realistic, but you have all these different spinoffs like World of Final Fantasy. Do you think the series is going in a direction like that, where you have a very realistic main series that’s graphically as impressive as possible, and then lots of little spinoffs? Or is it going back to the past, where it was more about FFVII, FFVIII, and FFIX, totally different Final Fantasy games coming one after the other? As far as the vision of the series in 2015, where do you see it going?

Question: At the end of Type-0 HD, we saw a teaser for another game. Can you talk at all about that?

Chiba: Hmmm … I can’t disclose anything right now, really, but I’m sure you already know that we’ve trademarked Type-1, Type-2, Type-3. As a fan myself, I feel like we might look out for something coming along.