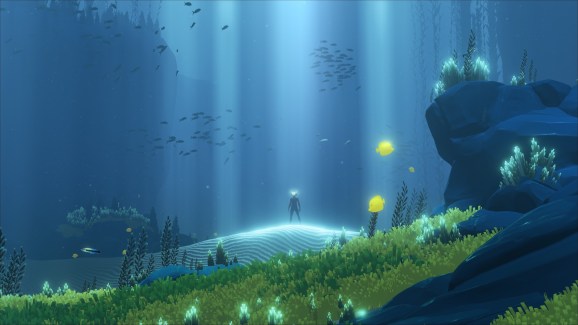 E3 has changed so much that you can’t just slap medals on blockbusters.

Our mission was to honor the top games and virtual experiences at the 2015 Electronic Entertainment Expo running on Unreal Engine when we partnered with Epic Games for our Unreal E3 Awards by GamesBeat. But narrowing down exactly who would get one of our 11 awards was more of a challenge than we initially thought it would be with the wide variety of titles using the engine. We looked at online battle games, platfomers, adventures, fighters, space shooters, and more this week, coming from major publishers as big as Microsoft and Square Enix and down to indie teams of just a few members, such as The Astronauts.

One thing’s for sure: Gone are the days where games made with Unreal Engine would be limited to first-person shooters.

Virtual reality made up a large number of the games we considered for awards. It’s difficult to hone in on one or two choices when all of the VR experiences on show here are varied and experimental. To not hand out some kind of recognition to games this new and exciting feels kind of wrong. Maybe we should have come up with more award categories for VR.

Our awards honored achievements in visuals, graphics, gameplay, narrative, and creativity, among others. After a lot of footwork and late-night brainstorming, here’s what we came up with for our Unreal E3 Awards by GamesBeat:

Abzu: Abzu is an underwater diving adventure from Journey’s art director. Exploration of the watery environment is key here.

High-fidelity graphics look too good to be true

Gears of War 4: The next in the line of the Xbox-exclusive shooter series is being prepped for Xbox One.

Adr1ft: This first-person space horror title saw its inspiration in a Twitter controversy.

Eve: Valkyrie: One of virtual reality’s oldest games, Eve: Valkyrie serves as a showcase for the platform.

Through the Looking Glass

Mighty No. 9: The Kickstarter success story from Mega Man creator Keiji Inafune is fully prepped for release this fall.

Best emotional experience in a game

Hellblade: The newest hack-‘n’-slash from Ninja Theory features an emotional story that follows a woman’s journey into hell.

The least expected game to use Unreal

That one E3 thing that everyone will be talking about

The small team that showed up in a big way