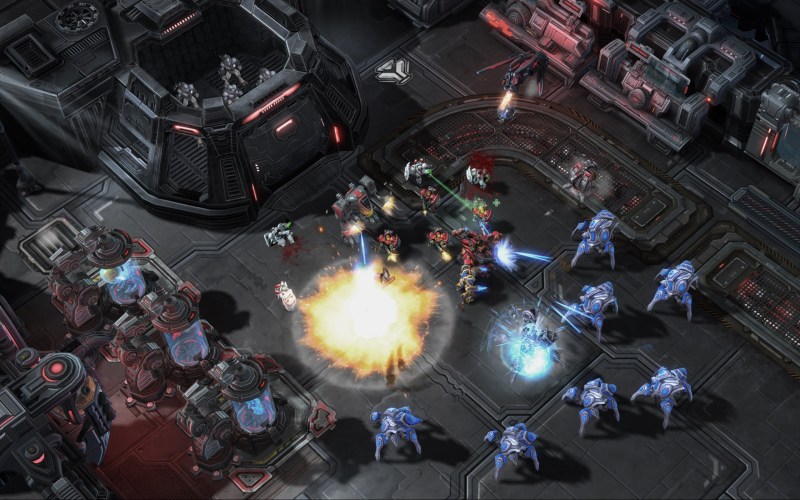 Above: Dark Whispers in prologue for StarCraft II: Legacy of the Void.

GamesBeat: It sounds like you’re working to make it a better esports game.

Morten: We hope so. Automated tournaments are trying to take esports home for players who maybe aren’t at a pro level, but who still want to go head to head in a tournament. Certainly the multiplayer changes we’re making in terms of how the observer interface is presented, in terms of units and economy changes, that’s fundamental stuff. How many workers do you have when you start a multiplayer game? We’ve increased that. Altogether it should have a positive impact on esports, but we’ll keep tuning and refining.

GamesBeat: Do you see any challenge in people thinking that this more like an expansion than a brand-new game? They’ve always seemed like brand-new games, but the first impression people could get is that it’s more like DLC.

Morten: We’ll be fascinated to see how players react to this one. Because we’ve made Legacy of the Void stand-alone, hopefully that will send the message that it really is okay to start here. We’re also trying to get the message out that, yes, we have all the campaign and multiplayer features you’ll expect from any StarCraft, but we also have these big new game modes. Those should make this feel like a bigger experience than Heart of the Swarm.

GamesBeat: What takes the most time in getting these out? You’re certainly not doing them every year.

Morten: So much manual craftsmanship goes into what Jesse does, building those cutscenes, or what the campaign design team does, building those individually scripted moments in the missions. On the multiplayer side it’s about the finesse it takes to get game balance exactly right. Blizzard puts in the time and effort to make games as polished as possible. That time, hopefully, does add up to quality.

GamesBeat: And then you can do StarCraft III.

Morten: We are so busy working on this one that we actually haven’t had a lot of time to think about what might be next. We have a lot of ideas. Who knows? There could be more to do in the StarCraft universe. But we have no current plans. 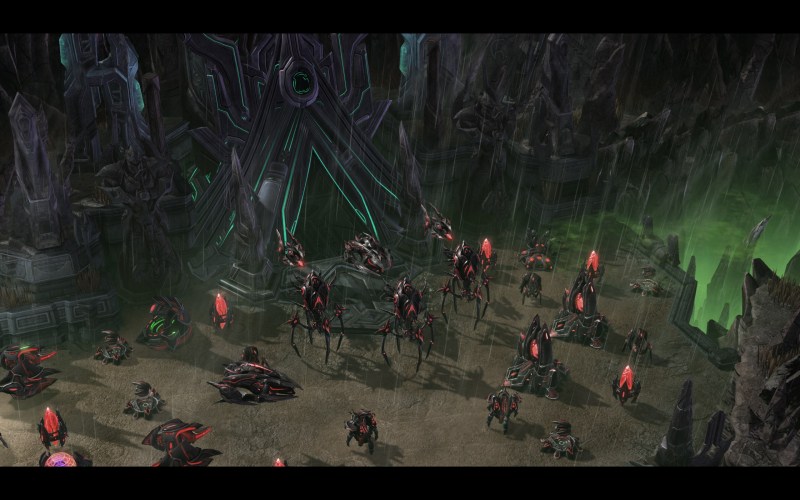 Above: Prologue Ghosts in StarCraft II: Legacy of the Void.

GamesBeat: If PCs are a little more powerful now, can you push certain aspects of the game forward some?

Morten: It’s definitely true of those cutscenes. We have lots of new shaders and depth of field and othe features that weren’t possible in Wings of Liberty. We try to be sensitive, though, in terms of gameplay, to make sure that players who came in with that first installment still have a good play experience in Legacy of the Void. Like most games these days, we have scalable graphics settings. You can turn things up if you want to.

Brophy: The biggest impact is on the cutscenes, though. We’re putting a lot more on the screen at once than we ever have.

GamesBeat: Where is the game played the most? Korea?

Morten: Korea is a very dedicated multiplayer audience. In terms of audience size in general, we have a huge audience in Europe, a huge audience in North America, many in other countries in Asia as well. It’s a global fan base. Korea in particular has such a passion around StarCraft. It’s great for us to see it reach that level.

GamesBeat: Do you have any sense of how many hours the campaign will run?

Morten: That depends a lot on the player’s skill level. Whispers of Oblivion, the three-mission prologue campaign — for a player who’s up to speed on StarCraft, about half an hour per mission is probably fair. For somebody who’s a little rusty, it could take longer. Somebody who’s really active in multiplayer could go a little faster.

GamesBeat: I remember the last mission in the last game. It took me about 30 times or so.

Morten: You and me both. There are some challenging missions later in this game as well. Maybe not that hard. We have a difficulty level selector, though, so we try to balance it so that it can reflect your play style and offer a good experience. We’re in the process of balancing out Brutal right now, the throw-everything-at-you level. That’ll be fun. 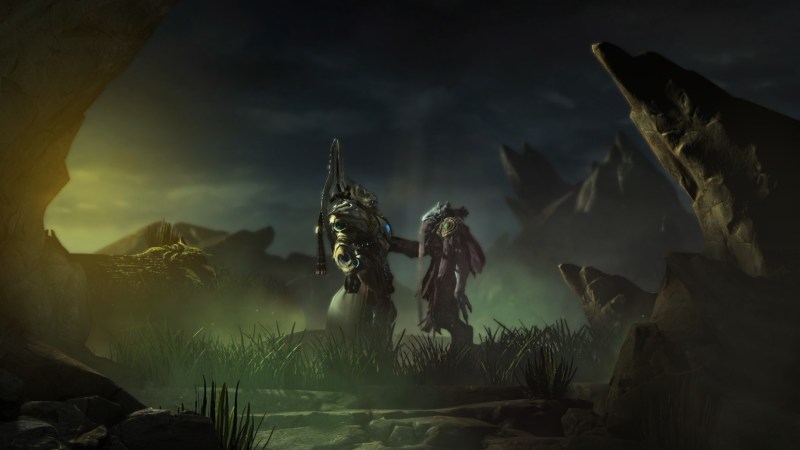 Above: Old friends in StarCraft II: Legacy of the Void.