A startup called Portworx is bringing the concept of software-defined storage to the increasingly popular Linux container technology for packaging up application code. Today, in conjunction with the 2015 DockerCon conference, Portworx announced that it has raised $8.5 million in initial funding.

Socketplane (bought by Docker) and Weaveworks are focusing on container networking. Twistlock is working on container security. StackEngine is dealing with container monitoring. Now there’s Portworx, which, along with ClusterHQ, is targeting data storage for containers.

But while Portworx has in fact developed software that can provide block storage for containers — on public cloud infrastructure or in companies’ on-premises data centers — the startup’s vision extends beyond storage.

When a preview of the software becomes available in August, “it will show how dev-ops teams can realize self-provisioned IT — infrastructure as code — by leveraging Docker to deploy stateful applications, thereby enhancing their productivity and data center utilization,” Portworx cofounder and chief technology officer Gou Rao told VentureBeat in an email. 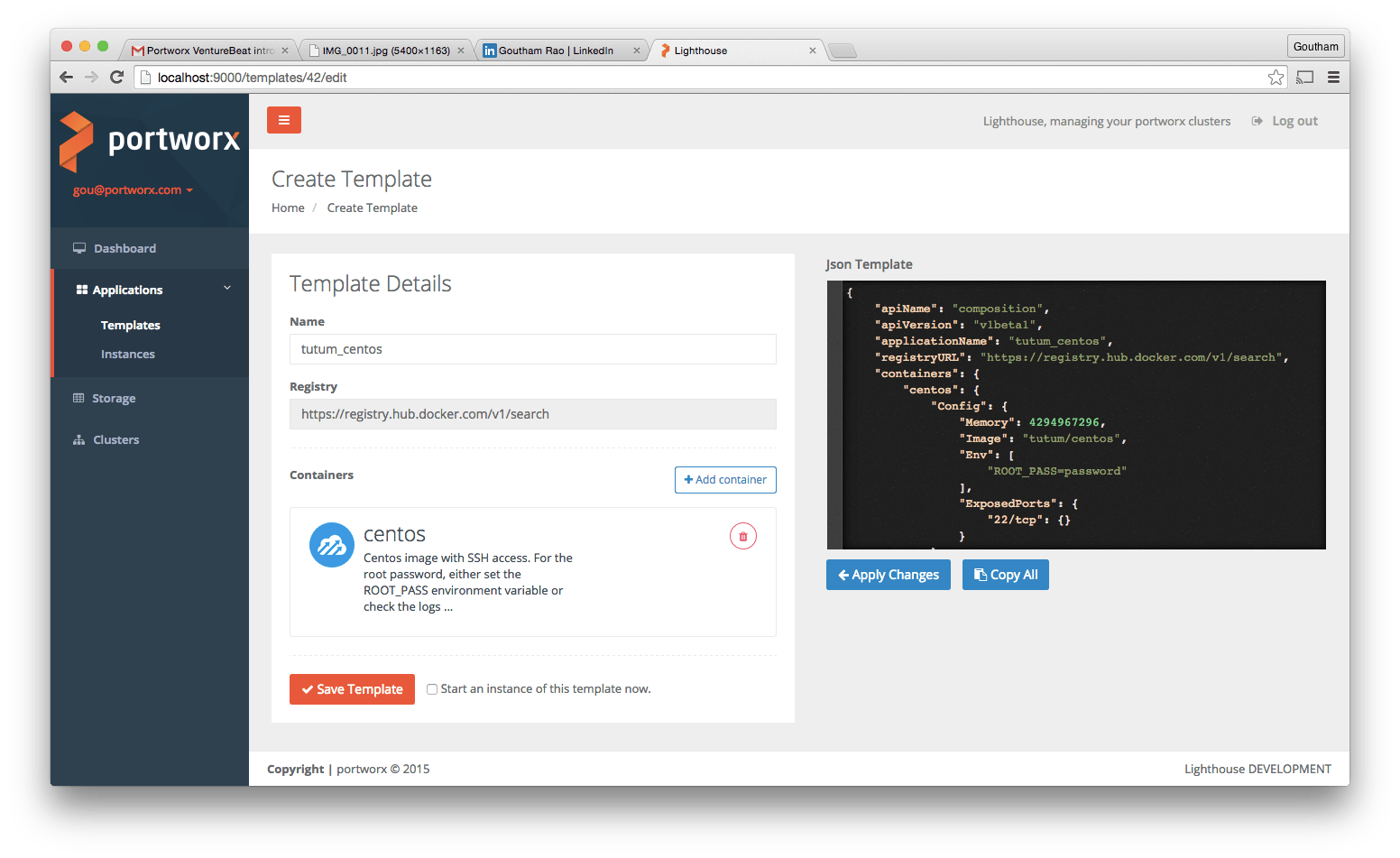 Above: Part of the Portworx user interface

One thing Portworx will definitely have in common with ClusterHQ: There will be open-source software to use. Portworx will follow an open-core model — open-sourcing part of its software and keeping certain other parts proprietary — and release code on GitHub, Rao wrote.

Competition could come from many directions.

“At the current moment the biggest competition is someone deploying containers in a VM-centric manner, which we find redundant,” Rao wrote.

Rao and fellow cofounders Murli Thirumale and Vinod Jayaraman previously worked at Dell, which acquired their startup Ocarina Networks in 2010.

Portworx started last year and is based in Redwood City, Calif. Around eight people work for the startup; the headcount should reach 20 a year from now.

Mayfield led the round in Portworx. Michael Dell also participated.