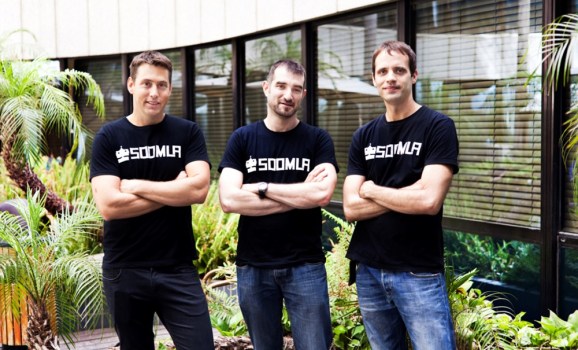 Soomla, an Israeli company that enables in-app purchases in mobile games, has raised $5.5 million in a first round of funding. The company’s purpose is to help game developers catch “whales,” or players who spend a lot of money.

Tel Aviv-based Soomla will use the money to build out its Grow platform, a network for sharing data across games. The network has anonymized data about paying users, as provided by game developers who opt in to help fellow game makers.

The company says that its customers have 4,000 games with 400 million users.

Soomla said that game developers can leverage the free platform to spot paying users, commonly referred to as “whales,” and take action on their first session.

Soomla was previously backed by angel investors, but the new round comes from an undisclosed multi-billion dollar online gaming corporation.

Soomla is releasing its Whales Report today to enable game developers to find users who are already paying in other games. This user-level insight is made possible by harnessing crowdsourced data across thousands of games in the Grow data network.

Once game developers know users who’ve paid in other games, they can start targeting them with push messages, in-game campaigns and even adaptive gameplay experience. The process does not expose a user’s private information.

If a game developer can spot a payer early, then retention gets much better. Yaniv Nizan said in a statement that Soomla knows exactly how much users paid for in-app goods in other games. Developers can gain access to the platform by agreeing to share data back with others in the network.

A recent report from app marketing firm Swrve showed that only 0.15% of mobile gamers account for 50 percent of all in-game revenue. But it’s hard to identify who these whales are. Nizan believes that all companies can benefit by sharing their anonymized data. In fact, he notes that a user who has paid for items in one game is 10 times more likely to pay for items in another game.

Gur Dotan, cofounder and vice president of marketing at Soomla said that developers that the founders realized about three years ago that there were inefficiencies in the way mobile games were being developed.

Since then, the store SDK has evolved into the Soomla framework, a full technology suite which interweaves in-app purchase, level design and social sharing to create engaging and monetizing games. Today the framework is backed by a community of worldwide developers, all sharing the same goal of standardizing mobile game development.

Soomla was founded in 2012, and it has eight employees. Flurry and Google Analytics are rivals. To date, the company has raised $5.5 million. The identities of Soomla’s new investors were not disclosed.