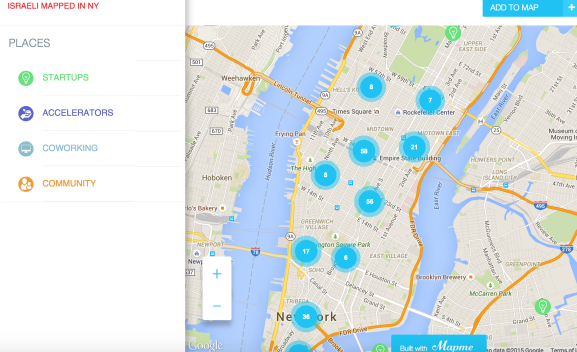 Mapme is a user-generated maps tool targeted at companies and organizations. An organization can create a map based on an interest or topic and share it with customers, who can then add new locations. It’s like Foursquare, in the sense that maps can be sorted by activity. But unlike Foursquare, Mapme isn’t limited to lifestyle events like shopping and dining.

For example, the nonprofit Startup Ireland’s website has a map of the country’s startup sector and encourages other companies to add themselves if they’re not listed.

Founder and CEO Ben Lang said, “I’ve had numerous VCs reach out to me and tell me that they invested in startups that they discovered through the platform, and we’ve had constant requests from communities and organizations around the world to build their own maps.”

The platform’s beta is in over 30 countries and covers around 90 ecosystems. Mapme said the funds from the round will be used for global expansion and product development.

The 21-year-old CEO said the platform already has maps covering multiple topics including food, religion, tech, and health. “We want these maps to be useful for all types of sectors,” Lang said.

Although Lang is young, he says he has been working for tech startups since he was 14 years old.