Among the differences, the two groups employ quite different tools when it comes to managing their social engagement.

Tools used by big brands
TweetDeck was responsible for delivering 16 percent of all tweets by top brands, followed by SocialFlow with 14 percent. Interestingly, 13 percent of the tweets in a 250,000-tweet sample were delivered through the Twitter.com website, and not via any SMM tool.

Below is a list of the twenty most used third-party tools by top brands, excluding proprietary applications, Twitter Ads, and Twitter’s own clients (including TweetDeck and the Twitter web client). Of course, some of these tools vary substantially in capabilities. 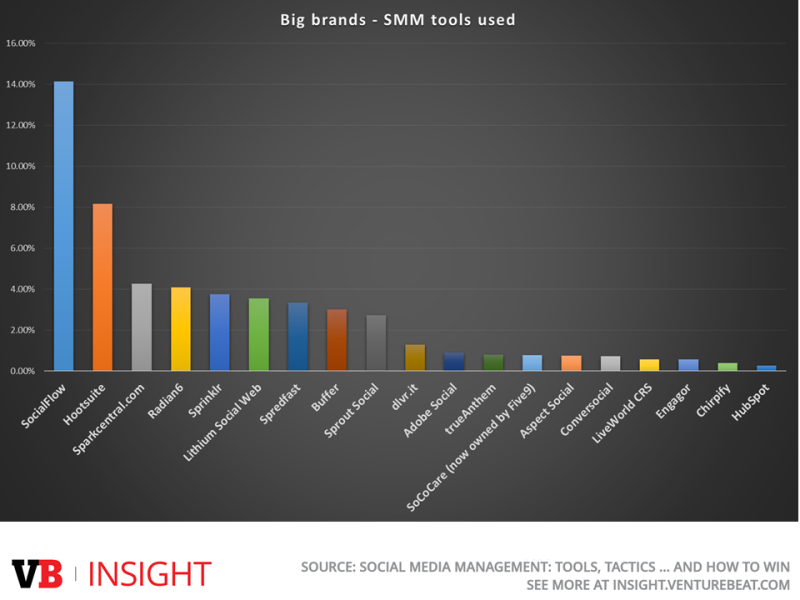 Tools used by SMBs
Two out of five SMBs use no third-party tool to manage their social media accounts at all. Instead, they rely on either the Twitter Web Client to manage their presence, or they use broadcast tools such as WordPress plugins.

Of the 60 percent that do use a SMM tool, however, there is a clear favorite: Hootsuite is used by more than twice as many of the respondents.

Buffer and TweetDeck take up the second and third positions. With social posting being the number one reason to use an SMM tool, it is no surprise to see solutions that excel in this area — and allow for the scheduling of posts — rise to the top. 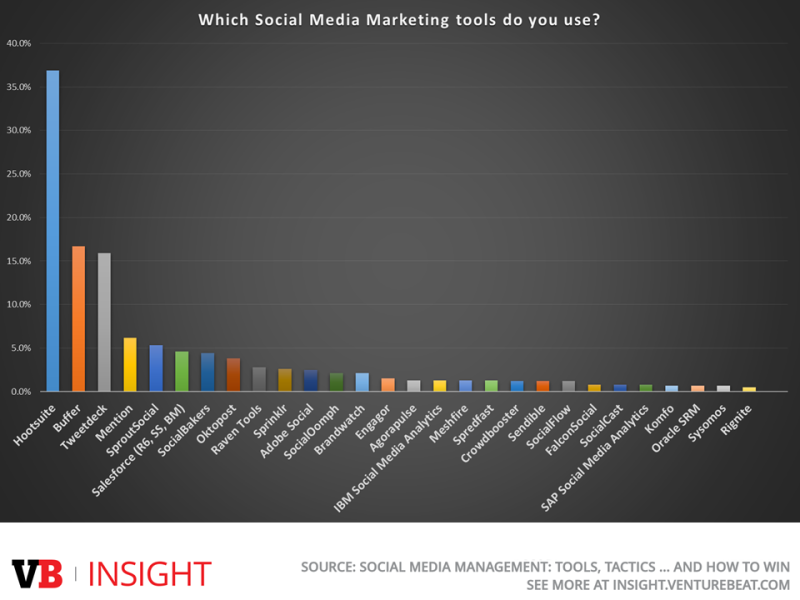 The full report, with more detail on social listening, content, posting tactics, and more is available here: Social media management: Tools, tactics … and how to win.

The full infographic is below. 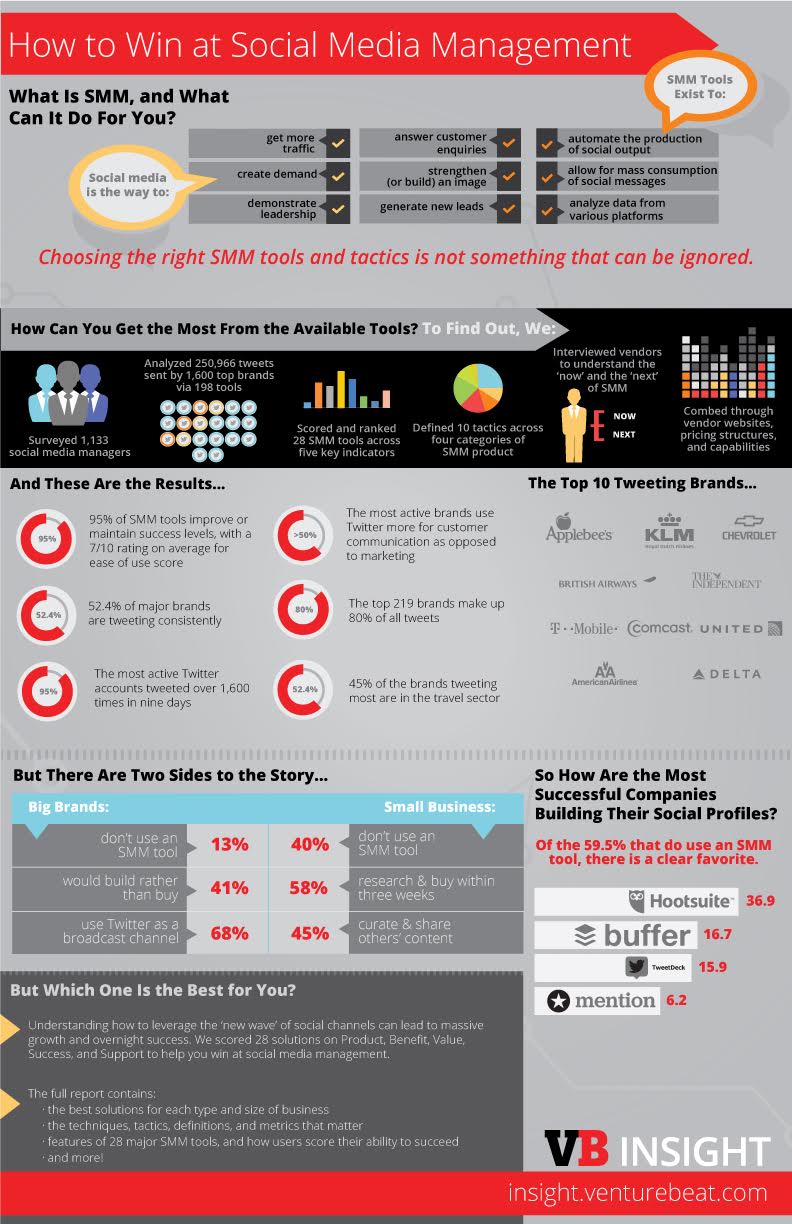 Note on methodology
The author of the report, VB Insight’s Stewart Rogers, monitored a total of 1,600 business Twitter accounts over a period of nine days to discover how they tweet. These were taken from a list of Twitter accounts developed by Majestic SEO, which ranked 50,000 Twitter accounts according to followers, the number of citations each has received, referring domains, external backlinks, and referring IPs. Rogers then manually edited the list to remove non-business accounts (like Lady Gaga) and cross-referenced it with company revenue data to determine the top brands to watch.

Rogers then analyzed 250,966 tweets sent via 198 tools, websites, and proprietary applications using our data partner, Texifter, and its DiscoverText tool. To include the full metadata for each tweet, he worked with Gnip-enabled data streams.

The (SMB) user survey took in responses from 1,133 respondents, 74.7 percent of whom are in small businesses employing 50 people or fewer.