We don’t have many arcades anymore. But fans of the building game Minecraft can congregate in move theaters to show off their creations and compete against other players.

Super League Gaming will take over more than 80 movie theaters across 28 U.S. cities for a summer tour. Minecraft has been downloaded more than 100 million times, and Microsoft acquired its creator, Sweden-based Mojang, for $2.5 billion last fall.

The startup is currently touring Silicon Valley theaters this week, thanks to a partnership with Regal Entertainment Group, AMC Theatres, and Cinemark Theatres. It is also teamed up with luxury theater chain iPic to turn theaters into interactive gaming arenas for kids. 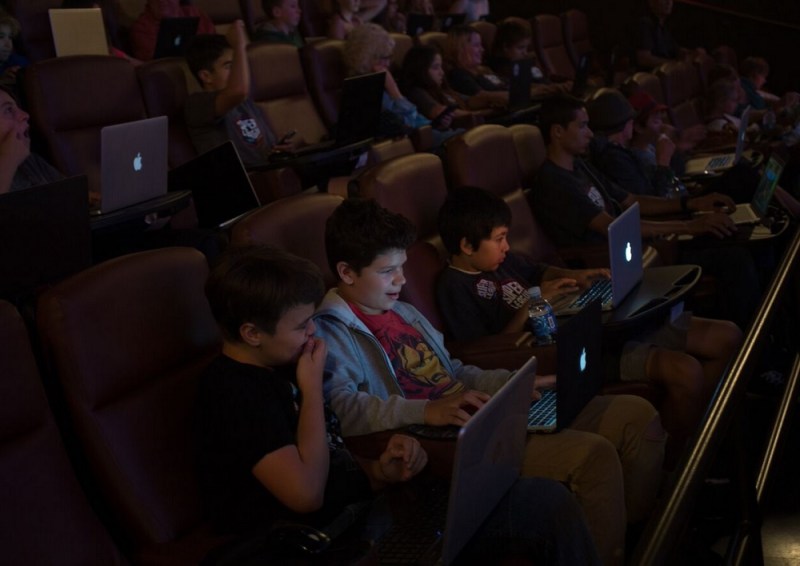 Minecraft isn’t your biggest competitive game, but it’s family friendly and kids can play it in player-versus-player matches. The league runs until Aug. 28, and then a six-week competition kicks off on Sept. 14.

The Minecraft league is targeted at kids ages 7 to 14. The tour already hit Los Angeles, and it’s in the Bay Area this week. (See the web site for the schedule and locations).

Players bring their own laptops to the theaters, connect to the league’s servers, and then play Minecraft while being able to watch everything on a big movie screen. 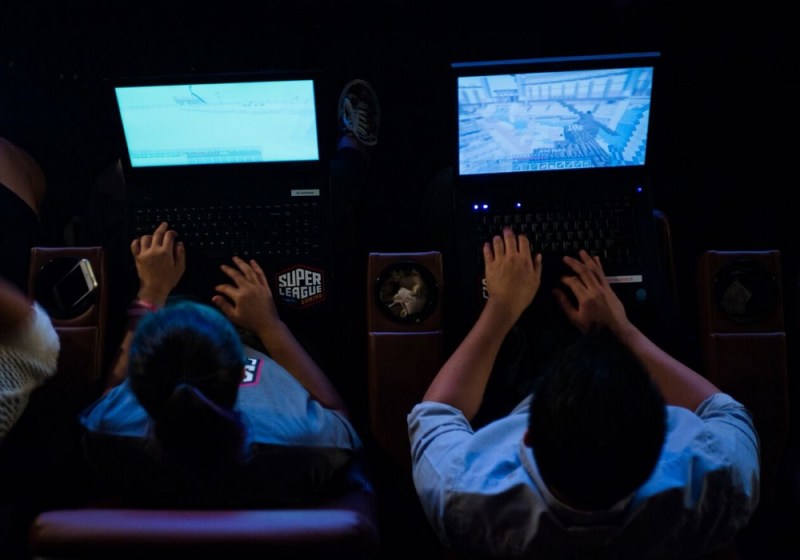 Above: Super League Gaming lets kids see their games on a big screen.