It feels weird to be alone in someone else’s apartment, and Jerry Seinfeld’s is no exception.

To commemorate its mind-boggling $160 million acquisition of streaming rights for “Seinfeld,” Hulu has reconstructed Jerry’s iconic Upper West Side apartment in the storefront window of Milk Studios in Chelsea.

Starting today, “Seinfeld” zealots will be able to stream all 180 episodes on the service. If you live in New York City, you can also head to 14th Street to traipse through the recreated fictional apartment of a fictional TV character.

I opened the studio’s glass doors and entered into a cavernous, concrete gallery where little bits of original set pieces line the walls — the Festivus pole, the Maestro’s wand, Superman, the library book, the Pez dispenser. I was told that lots of these pieces were graciously on loan from Jerry Seinfeld’s storage unit. 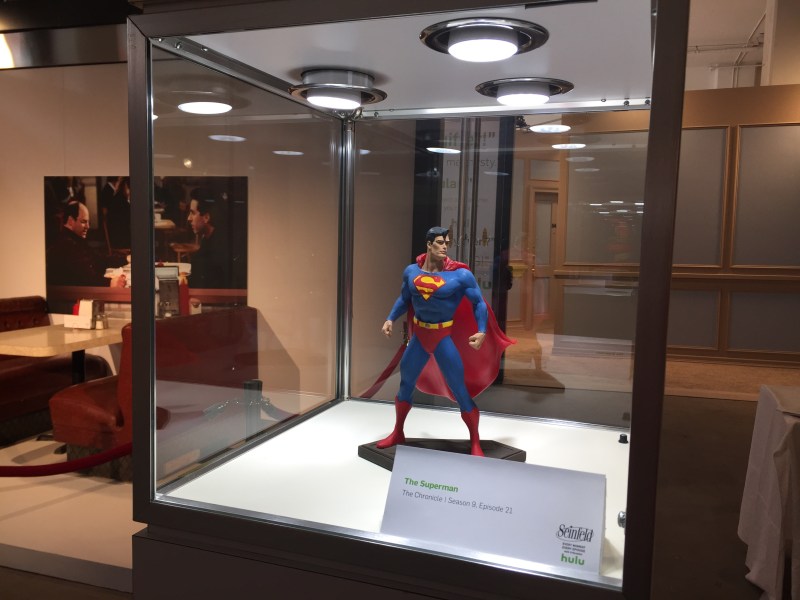 Above: Not particularly thrilling. 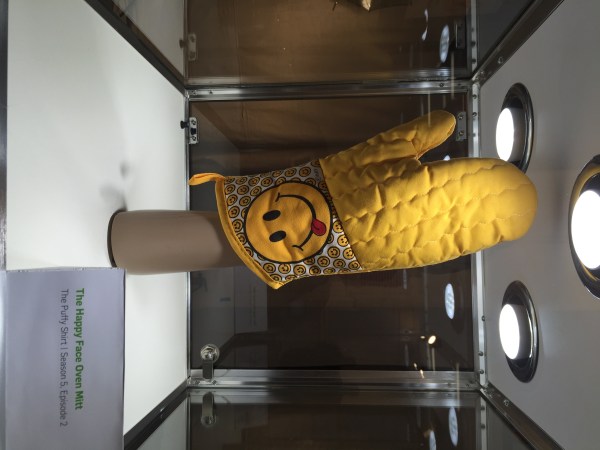 Every single display case is paired with an iPad that loops video of an episode featuring that prop. Imagine a dozen or more iPads in an echo-y garage all looping that slap bass. It’s kind of hellish.
They’ve also got some larger elements like the original booth seats from Monk’s Diner, a “brick wall” signed by the cast and the original Frogger machine. 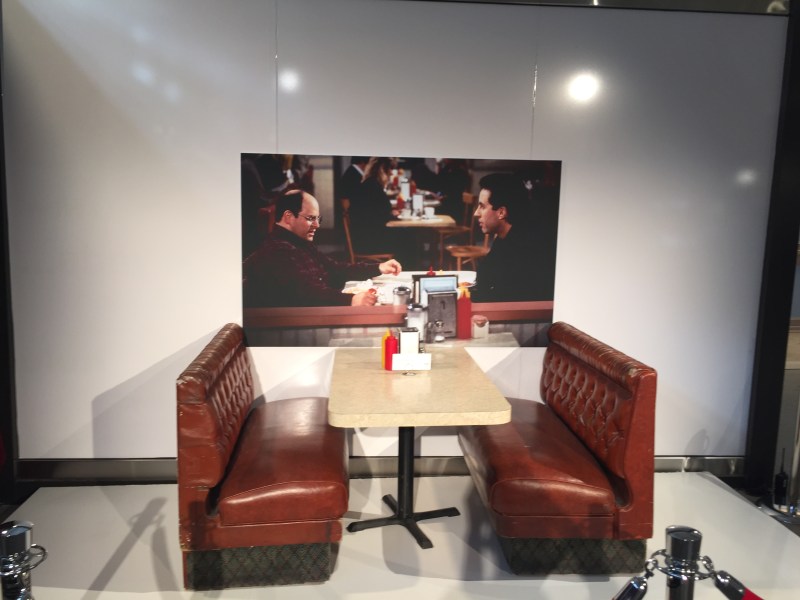 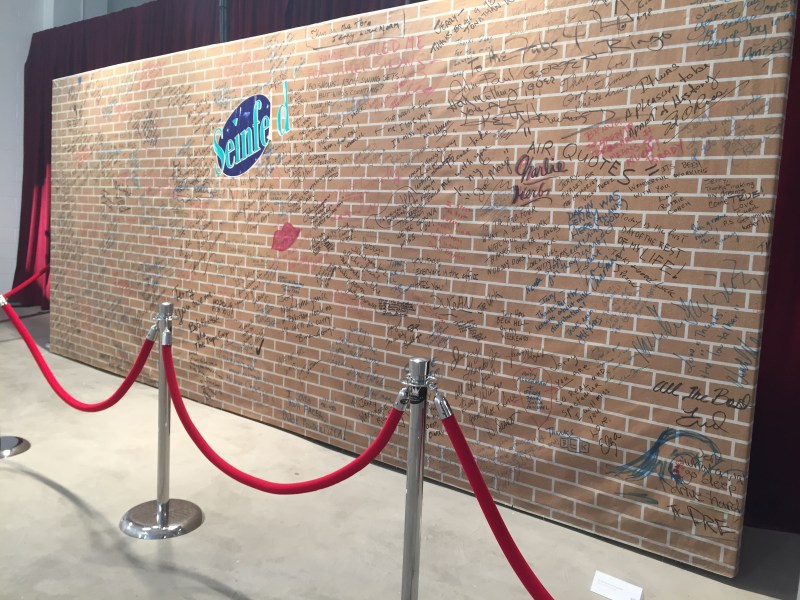 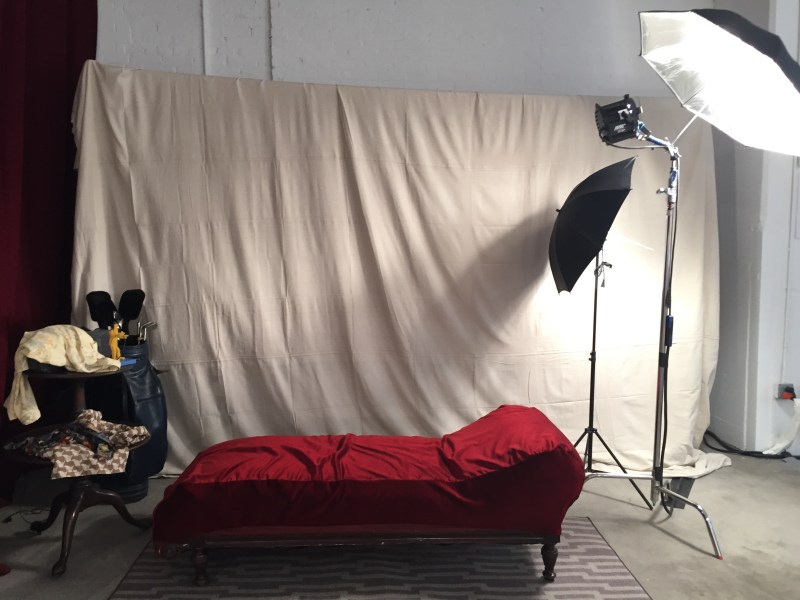 There is also a recreation of the “George Costanza Photo Shoot.” Hulu’s PR informed me that nobody has used it yet, and I was not about to be the first.

Then I stepped into Jerry’s hallway. I was urged to look into the reverse peephole on Kramer’s door. I did: it plays a couple of clips on loop. More slap bass fills the air. 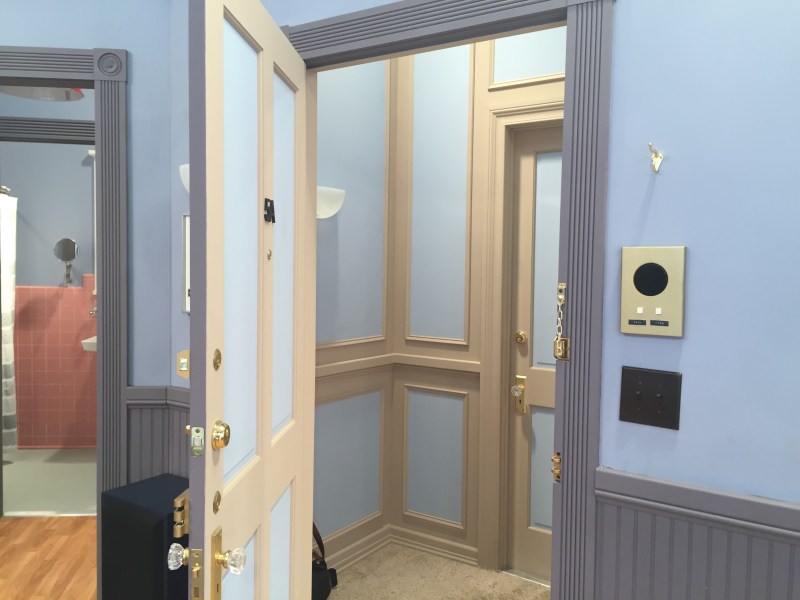 Then you step into Jerry’s apartment. 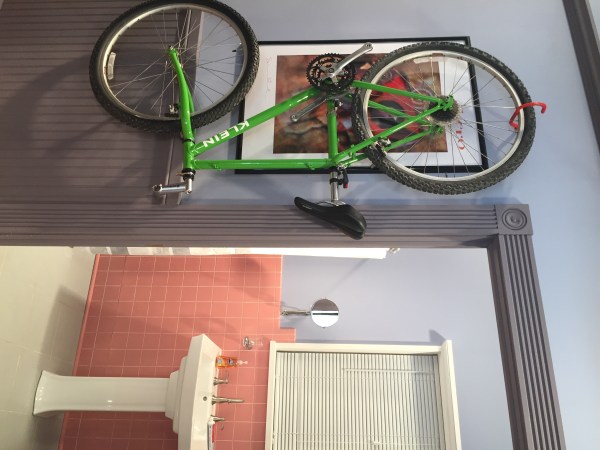 Above: There is no hair in the bathtub. I checked. 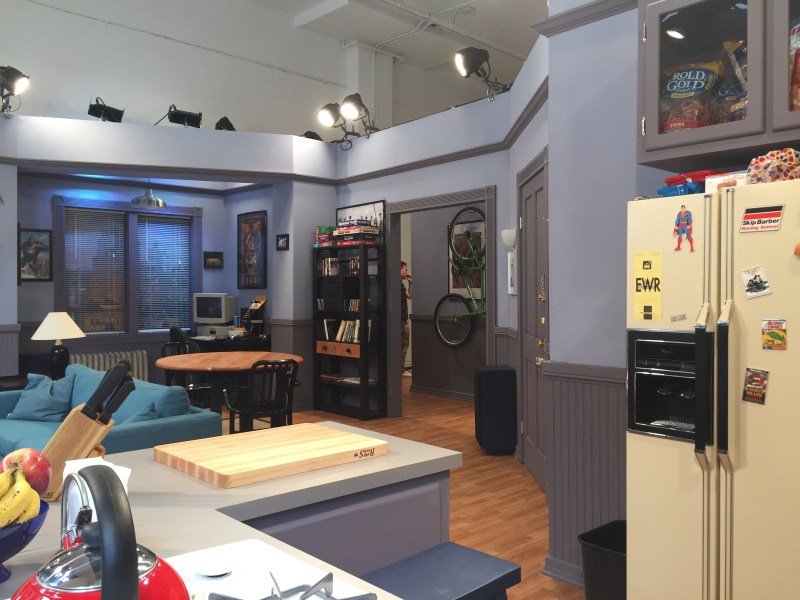 It’s…alright. A stapled packet of information tells me that it’s modeled specifically after Season 8. Standing from the studio camera’s perspective, the whole room seems just a little off — maybe 10% smaller and skewed somehow. Spoiler alert: the creators did not include the little-seen Third Wall. 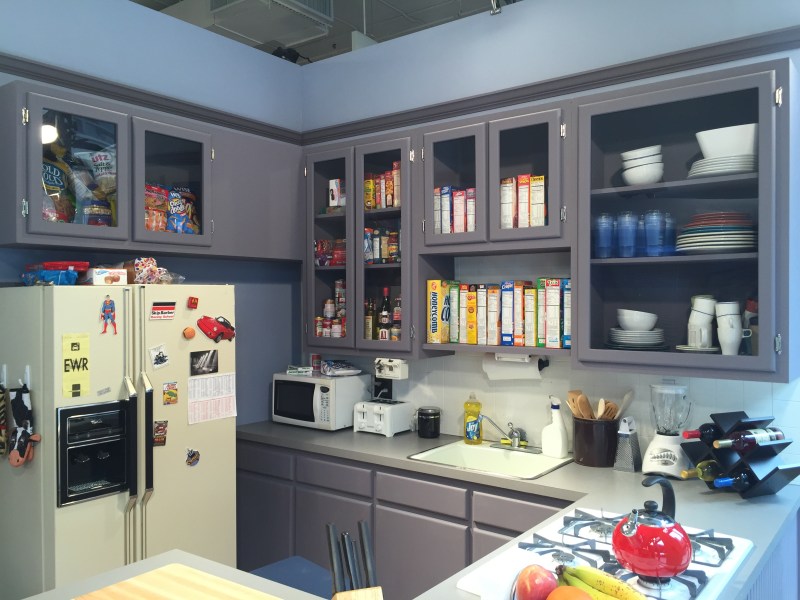 Above: Why did Jerry always have so much cereal?

There are some magazines from the time period. There is no coffee table book about coffee tables on the coffee table. The food in the Kitchen is all in present-day packaging. The fruit, rather oddly, is fresh. The bathroom doesn’t have a bathtub. 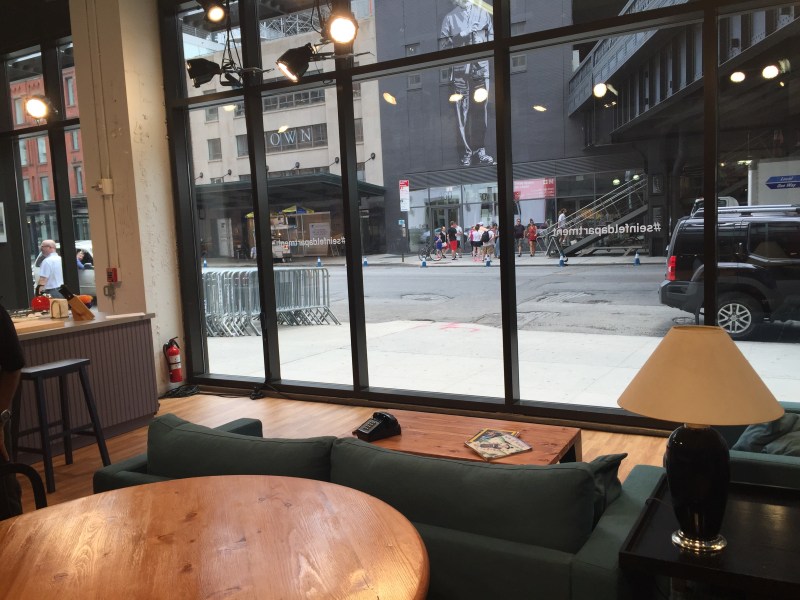 Above: The view facing the street

Slap bass continues to loop over itself, maddeningly, from all over the room.

It seemed strange to me that so much effort was put into building this apartment, but so many details were fudged. Some tattered magazines from the 1997 are on the coffee table and a couple of actual set pieces hang on the wall, but almost everything else feels like it’s on loan from Duane Reade.

So, a couple of minutes in, I’m just standing alone in a room. I’m doing nothing in the simulacra of the Show About Nothing. People on the sidewalk were peering into the window at me. The entire room is lit from above with hot stage lights. Behind one of the walls near the bathroom, a guy was making some last-minute adjustments with a loud drill.

It doesn’t feel “funny,” but it does feel very silly.

I started thinking about Hulu. They are said to be paying about $875,000 per episode, and I’m sure they’re drooling at the potential ad revenue. That’s because Hulu is the only major streaming company ballsy enough to charge you $7 and show you as many (or more) commercials than basic cable.

So get yourself over to New York City if you can. Hulu has spent a lot of money to celebrate the fact that they spent a lot of money on a network show that’s already available in lots of other places. Just be prepared to shell out $7 for the privilege of watching commercials with it.

I wonder if Hulu will follow suit with TBS and literally speed up Seinfeld to jam in more advertising.