Beast vs. Bots is a competitive game that enables fast-paced, synchronous player versus player combat in a war between intelligent insect-like robots and monstrous subterranean beasts. It’s the latest move to build a great game for the $30 billion mobile gaming market.

The game is yet another in a series of titles that aims to bring high-end console graphics to mobile devices. It is one of the high-profile titles that is being bankrolled and published by Nexon M, the mobile arm of Tokyo-based online gaming giant Nexon. 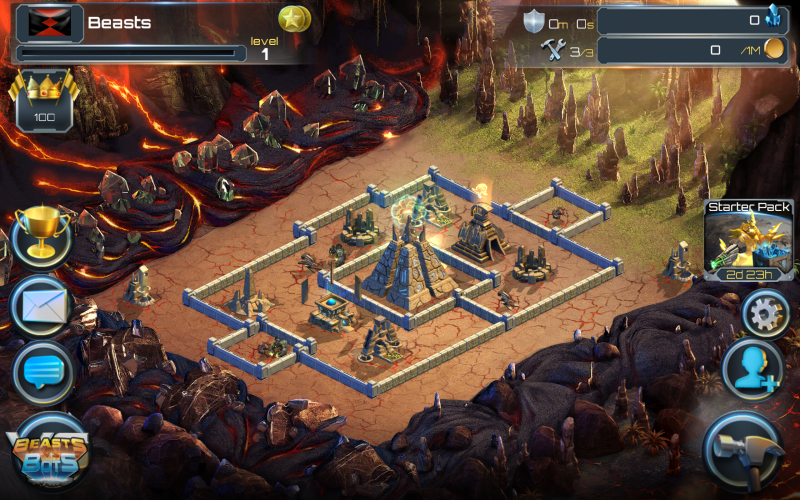 Above: Beasts vs. Bots

Set in the near future, the game takes place on an Earth that has been invaded by the insect robots who prey on the resources of all planets in their path. Their aim is to strip the planet of resources as they move through the galaxy like a swarm of locusts.

But as they attack Earth, they awake an ancient race of creatures that are dormant beneath the surface. These beasts deploy a massive defensive force against the bots. Both armies are powerful, both armies are strategic and organized, and both armies need steel to fuel their battalions.

They feed on the great cities of humankind to get their tons of steel, and destroying skyscrapers is going to be one of the highlights of the combat.

Shiver Entertainment, headed by Schappert and John Osvald, promises a thrill-a-minute gameplay where the battle is always changing. To succeed, you have to react swiftly and with precision. The game allows you to control individual units to turn the tide of battle.

Schappert was the former No. 2 executive at Zynga, Microsoft Xbox, and Electronic Arts. Osvald was former senior vice president of games at Zynga. Their ambition is to build a console-quality mobile game. 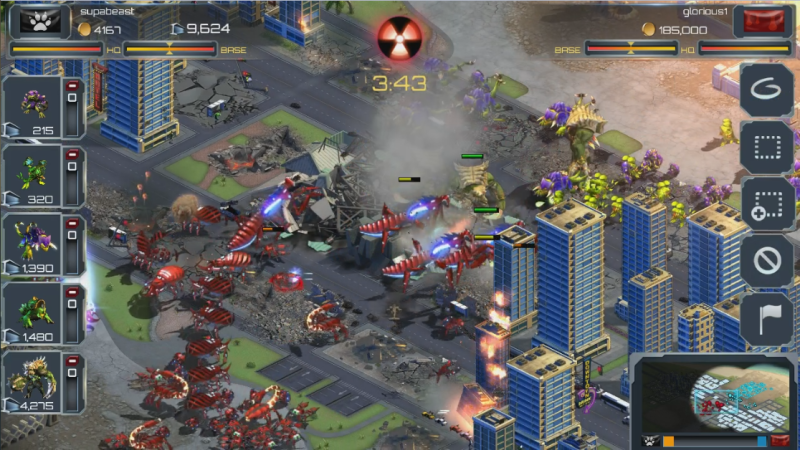 Above: In Beasts vs. Bots, both sides use steel as a resource.

You get to choose to play either the cold and calculating bots or the adrenaline-fueled beasts. The game is fine-tuned for touch, but it allows you to directly control your own units as you can on a real-time strategy game on the PC. You can select an individual unit or a group of units to direct an attack on a target or move them along a path that you decide.

You will be able to connect with other players and chat with them via messaging features. You can compete or conspire as you wish.

The title is coming this year for iOS devices. 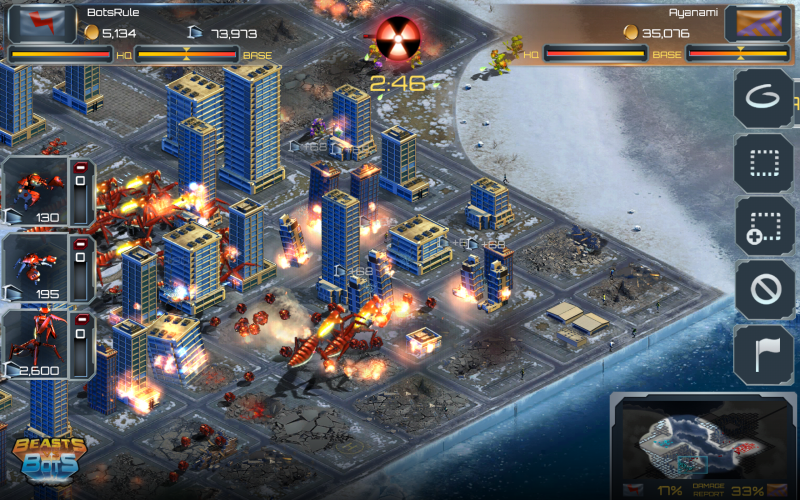 Above: In Beasts vs. Bots, both sides bring down the skyscrapers.