Facebook made an interesting announcement earlier this week, as it opened its Messenger app to those who would rather not log in with their Facebook credentials.

The move came more than a year after the social network giant started notifying users that they would no longer be able to message friends from within the main Facebook app, thus forcing them to install and use the standalone Facebook Messenger or use the mobile Web version instead.

While use of the Facebook Messenger app may have soared, many have continued to grumble about the need to have two apps on their phone to use the full Facebook feature set. However, if you’re an Android user, there’s a little quirk that lets you read and send messages from within the main Facebook app. 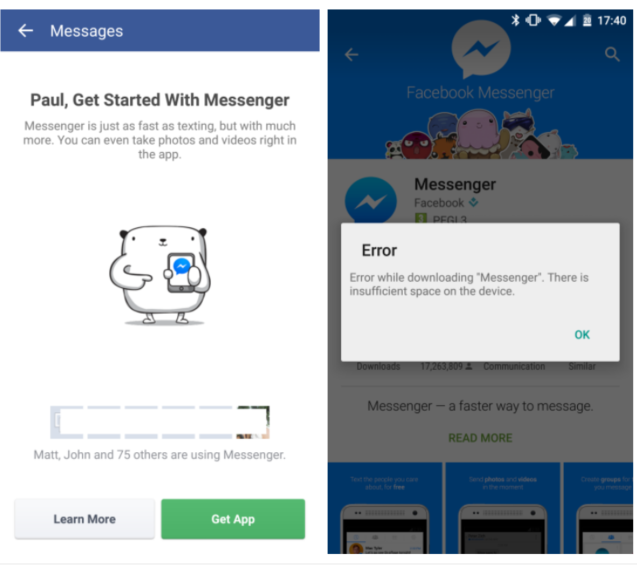 Above: Messenger: Install and error message

Based on my tests, a typical Android device requires around 500MB to download, unpack, and install Facebook Messenger. So if you have less than that, then this little quirk should work for you. Also, this workaround doesn’t apply on iOS.

If you’ve managed to bring the remaining storage on your device below the threshold, you may have to close and relaunch the app, or even reboot your phone. But you should now be able to access the full messaging functionality from within the main Facebook app. You will still see a little button at the bottom asking you to install Messenger, but that’s it. 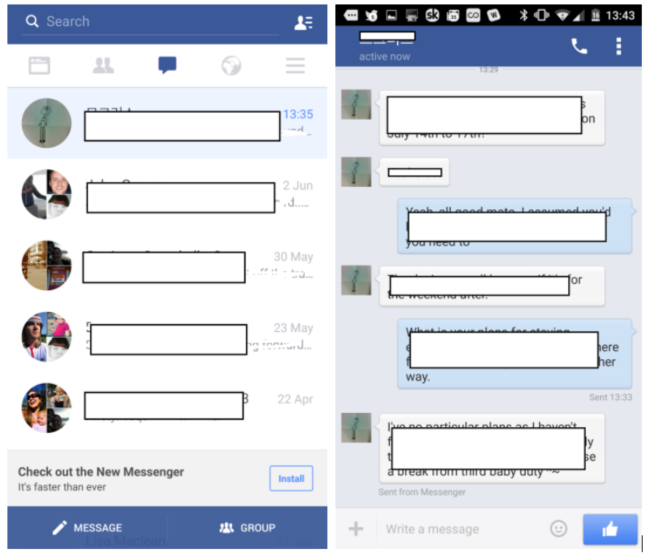 Granted, this won’t be a convenient workaround for many people given the restrictive conditions under which it works — if you want to avoid installing the Messenger app, you might be better off using the mobile Web version of Facebook. However, if you’re one to always work close to the storage limits of your device, then it’s a useful trick to know.

We’ve reached out to Facebook to ask about the process outlined above, but have yet to hear back.