“We wanted to work with a team that was well respected in the Meteor community, and by having a pre-formed team, we can go faster,” Meteor cofounder and chief executive Geoff Schmidt told me at the startup’s San Francisco headquarters earlier this week.

The startup is now ready to work closely with many companies to help them quickly build applications that are on par with, say, Facebook, Twitter, or Uber. Schmidt eventually wants to see multiple departments in big companies shipping great numbers of apps with Meteor. The trouble is, a lot of applications Schmidt sees coming out of enterprises looks and feels “like it was made five years ago,” he said. The technology is often based on Java, .NET, PHP, or Ruby on Rails — and Schmidt would like to change that.

Over time, the startup will add to the subscriptions with things like Galaxy, a cloud service for running Meteor-based applications.

As Schmidt sees it, Meteor Development Group has a potentially huge opportunity lying ahead of it.

He got up from the conference table where we were sitting and walked over to the wall behind me, which was actually a whiteboard. He wrote out “JVM” — for Java virtual machine — with a marker and drew a rectangle around it. Then he surrounded the rectangle with a big square. Near the top, he wrote out, “Java.” Underneath the box, he wrote, “Sun/Oracle.”

He moved to the right and made a similar diagram, but this time it was “CLR” (which stands for Common Language Runtime), “.NET,” and “MS” — Microsoft. He moved right once more and then made his real point: “JavaScript,” “Meteor,” and “MDG” — that’s the acronym for his company. 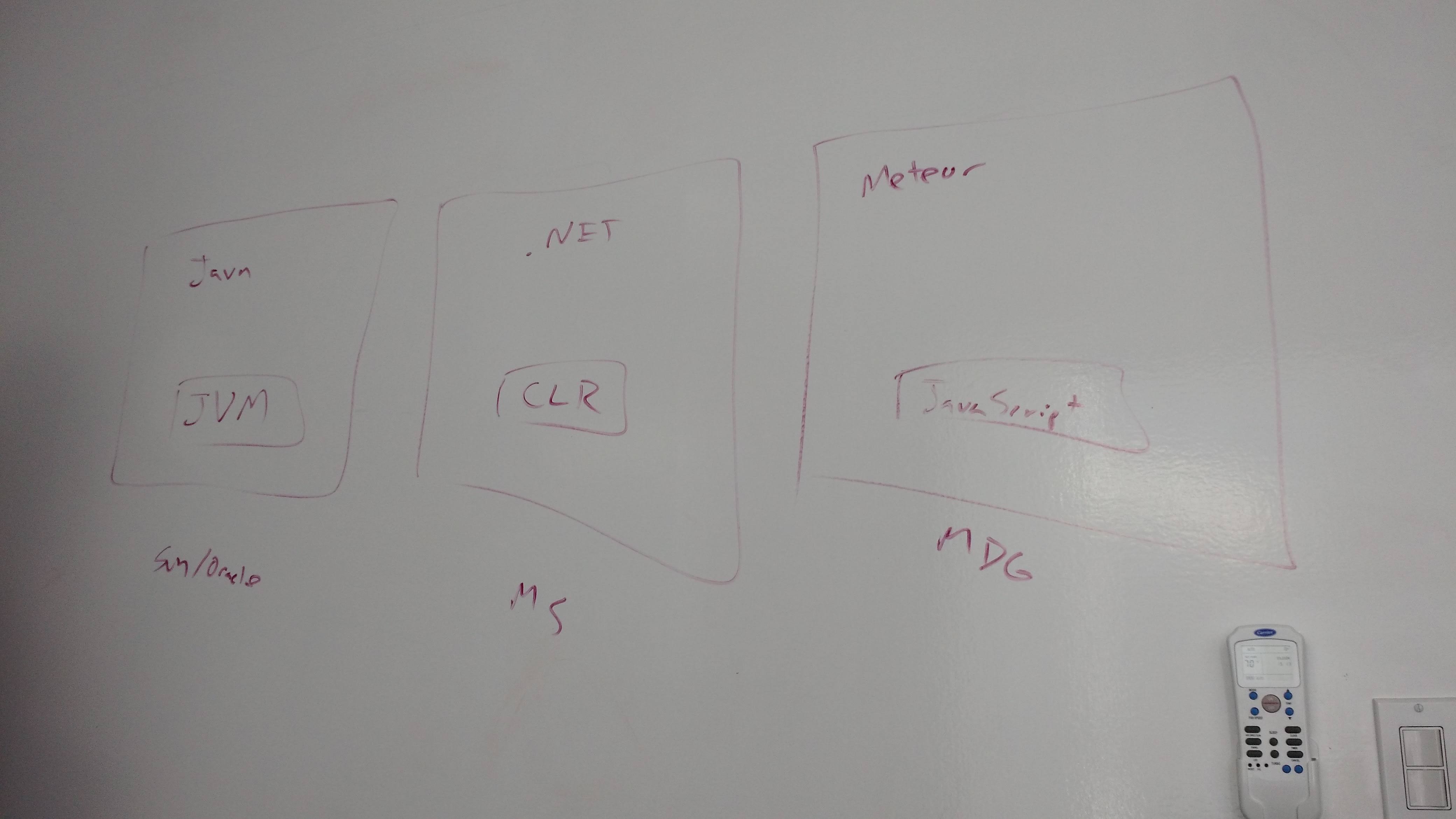 But the underlying components for those companies — the JVM and the CLR, respectively — were not so strategically important. For Meteor Development Group, the Meteor application development platform could be where the money is. The Meteor project just happens to be written in JavaScript, allowing a large pool of developers to write rich applications for both the client and the server.

The question is whether Meteor will be able to follow Microsoft and Oracle in generating billion of dollars in income, quarter after quarter, year after year.

Percolate Studio started in 2012 and had two employees in San Francisco and two in Australia. The company had never taken on venture funding. Customers include Apple, Credo Mobile, and Yummly.

A Meteor blog post has more details about today’s acquisition.