Malwarebytes offers a wide variety of security solutions, including a freeware antimalware product for home users. The premium version will set you back $24.95 for one year and can be used on up to three PCs.

The Amnesty program is for Malwarebytes Anti-Malware Premium customers “who have been inconvenienced by piracy or abuse.” The new key you receive will be exclusive to you going forward, while your old one “will cease to work after a period of time.” 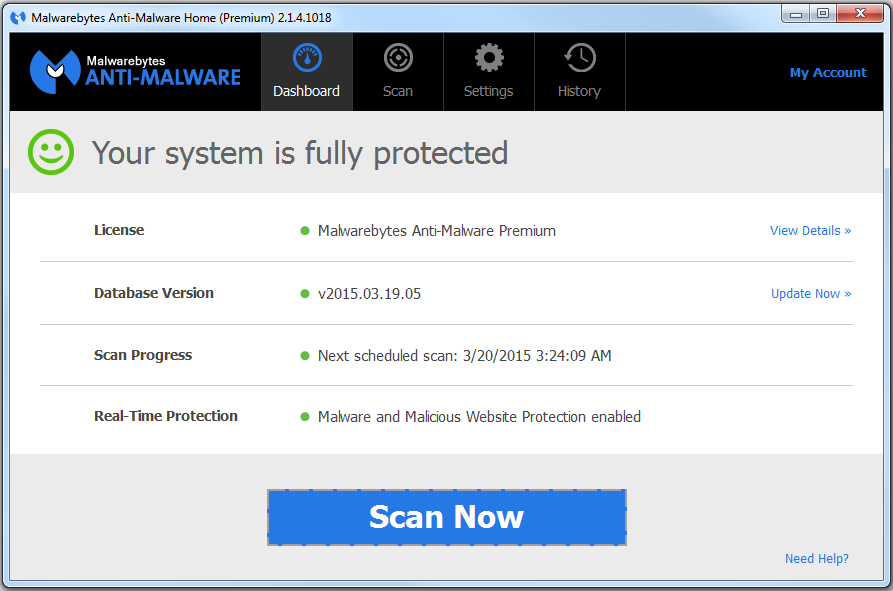 Not everyone is pleased with this arrangement. At least one customer has taken to the Malwarebytes forum to ask for his money back.

In the thread, CEO Marcin Kleczynski explained the thinking behind the program:

When I started Malwarebytes, I absolutely had no idea how successful we would be today. I am extremely grateful for all of the support from everyone and how fast we’ve grown. That being said, I picked a very insecure license key algorithm and as such, generating a pirated key was, and is, very simple.

The problem with pirated keys is that they may collide with a legitimate key just by the sheer numbers. For example, Larry may generate a pirated key that matches the exact key that I already bought. Yes, this is silly, and yes, this is literally the first thing a professional software company thinks of when building license key generation, but when you think you’re building a product for just a few people you don’t hash out these details.

Now we’ve grown up, and we’ve got a new licensing system that we’ve rolled out in stages. The only problem is that we have millions of users that we’ve sold keys to, or a reseller has sold keys to, or we’ve given out keys to without keeping track. It is a mess, and you as a consumer have every right to be upset.

The first stage of this program is to collect data from our users. What keys are still alive, and who are they used by. If you are a true pirate, the furthest you will get is a year’s worth of Malwarebytes. I wish we could handle each of the keys manually and determine if they are legitimate, but there are tens of millions of them and so we’ve automated the process a bit to cut them down. After that cut down, which is when a user selects an option, we will be going through the uses manually.

Again, I know this doesn’t excuse those who feel cheated because they bought the software. I am happy to work with you on some free shirts, or a free copy of anti-exploit as you continue to support us through this process.

In short, Malwarebytes wants to revamp its licensing system because the current one is outdated and doesn’t properly keep track of legitimate customers. In the process, the company is hoping to convince those who paid for an existing key or who didn’t pay at all to go legit by giving away a one-year subscription.

It’s a bold move, and one that might just result in new loyal customers.