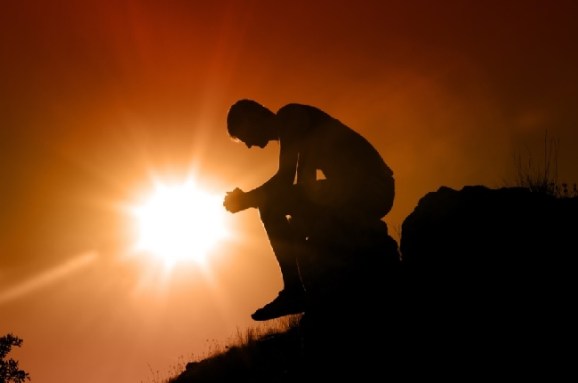 [An open letter to a fellow entrepreneur.]

There I was. In my bathtub, under the shower-head, crouched in tears as hot water poured over me, telling myself I was a complete failure as an entrepreneur and as a person. Things weren’t working, and it was my fault. I wasn’t sleeping well; very often I would go to bed almost at 2am and get up at 6am sharp, processing emails all day long to keep my business in motion and getting to bed frustrated because I hadn’t done anything meaningful. Again.

I wasn’t eating well either; over the previous couple of years I’d gained almost 55 pounds because of the junk food and processed sugars I constantly ingurgitated. Of course, I wasn’t exercising either, telling myself I didn’t have time for that. I felt alone even among people I was calling friends, finding myself more and more isolated. Even when I spent time with other people, you’d catch me somewhere on the sidelines, quietly looking at my phone and searching for an excuse to leave early.

I didn’t like the person I was then at all. Unfortunately, I cannot tell you what led to this; what I can tell you is that this really happened. When a friend last weekend shared with me how concerned about you he was, I couldn’t avoid going back to that moment. It was the darkest of my life so far. I even found myself thinking that if I disappeared nobody would notice, or care; and that maybe that would have been the easiest solution to finally put an end to all the pain. Fortunately, I didn’t carry that thought further. Now, I don’t personally know you, but I heard you’re going through some pretty tough times as well. I heard the word “depression.” Of course, different people need different things, and maybe what I’m about to say it totally worthless to you. Still, I hope it’s not, because it’s what helped me come through and become a better person. A person I’m decently proud of.

You’re not a failure, you’re just failing. There is a huge difference in those three tiny little letters. And guess what: Every one of us is failing to some degree. Heck, every one of us has failed completely at least once, but more realistically multiple times. Actually, failure is the default state of everything. So don’t be surprised by failing, be surprised by winning. I became much happier when I stopped expecting to win and started expecting to fail. You will as well. Expect things to fall apart all the time, and be surprised by every single small win instead: It defeated the status quo and came into existence to help you get closer to your goals. Celebrate it. Also: Not all the battles are made to be won, and what’s even more important is that it’s okay to lose them as long as we learn something through them.

Then, realize that there are things over which you have no control. You don’t control the weather, or the stock exchange. Or your Board’s decisions, or your cofounder’s actions. Sure enough, in some cases you can influence them; but you have no final control over the outcome. Let go of the things you can’t control and focus on the ones you can have an impact on. The things you can control are the ones you have a responsibility for. It’s that simple. And there’s only one thing over which you have total control: you and how you react to what other people and circumstances put you through. That’s where you draw the line. What you will and will not accept, what you will and will not endure, what is of paramount importance to you and what you are willing to give up in exchange for that.

Which leads me to the following thing I realized. You always have a choice. Always. Even when you don’t think you do. Particularly then. You’re not powerless. In the worst case scenario, the choice is to walk away and start over. It’s a radical choice, and a choice for which you’ll probably have to trade off several things, but it’s still a choice. And when you realize that you can walk away, you also realize that you decide the circumstances under which your time and effort are worth it. And what’s important to you. It’s a hard conversation to have, but rest assured that the pain you’re feeling now is not meaningless. It has a reason to exist, and the reason is that it’s an opportunity for you. The opportunity to learn an important lesson on where not to be and what not to do. Ever again.

Also, it’s your behavior so far that led you here. So this is an opportunity for you to change your behavior. It would be foolish to expect different outputs from the same inputs, right? This is another important thing to understand and rationalize. If you are unhappy and frustrated, and the end-cause for this was your behavior and how you managed yourself, this is the perfect opportunity for you to change the outputs by modifying the inputs. By the way: Be aware (and again, I speak by personal experience) that, as a general rule, sugar and alcohol and drugs are usually not a good idea. They’re not your friends, because you’ll need all the rational and physical and emotional energy you can get.

Now, let me also be realistic. This is a journey that will very likely last your entire life, because we founders have such high standards for ourselves and the people around us. I sure was like this. So demanding. So inflexible. With myself, and so why should I have been less than that with others as well? Needless to say, I didn’t have lots of friends around. But then I realized that I’m not perfect. I can’t be perfect, and I will never be. So I stopped pretending to be. The fact is that perfection is not of this world, and at the end of the day, that’s what makes things so interesting and challenging. The best thing you can strive for is to do 1 percent better than yesterday. Period. Not only will you stop comparing yourself to others (so much energy wasted on that), but at the end of the year it will be a 37x personal growth on whatever you decide to work on.

Finally: Realize that you’re not alone. Everybody is struggling, whether you see it or not. Everybody is fighting demons of their own making, the only difference is that some of them hide it better than others. If you look hard enough, or if you talk long enough, you’ll see it too. Everybody is doing the best they think they can. They really are, but they’re imperfect too. This was maybe the hardest truth for me to internalize. And the best you can do is respect that imperfection and help. It’s an extraordinary privilege to be able to witness how struggles and failures compound to create excellence. But again, how can you help others if you don’t take care of yourself first? There’s darkness in you, yeah well it’s in every one of us … it’s what makes us human. But there’s also light. And you decide who gets to win.

Look, maybe this will not mean anything to you. But hopefully it does and is in some way helpful. Again, it’s not going to be easy, particularly at the beginning when everything will have to be a conscious and very painful effort. Other people will want to help. Let them. Focus just on that 1 percent, on that next step. Then, as time goes by, one step after another, you’ll see yourself coming through on the other side, stronger and wiser and kinder than you’ve ever been. When I was a kid, I was terrified of the dark. True story. I would go to bed and then as my mom turned off the lights I would see these human-like ghostly figures slowly crawling toward me until I couldn’t keep my eyes open anymore, and I would shut them tight, shaking in fear. The ghosts would go away until I opened my eyes again, and I couldn’t keep them closed because I knew they were out there for me.

Not seeing them was worse than seeing where they were. Later on I would discover that this is an actual biological phenomenon called “phosphene” related to how our eyes and brain work, but back then I was just a terrified kid. I don’t remember how long this went on; what I remember is that at some point, I gathered together all the courage I could get at the time and said to myself, “fuck you, I’m tired of being scared, come and get me,” forcing myself to keep my eyes open as the ghosts got nearer and nearer. They were a few feet away, then a few inches, then almost touching me, then… they disappeared. That was the day I learned that fear and danger are two very different things and that facing your fears is always the most efficient way to defeat them.

If I can help defeat yours, just let me know. A big hug in the meantime.

Armando Biondi is cofounder and COO of AdEspresso, a Saas Solution for Facebook Ads Optimization. He previously cofounded five other tech and non-tech companies. He’s also an angel investor in Mattermark and 25 more companies and part of the 500 Startups network.