Bloomberg is out with new numbers from Slice Intelligence showing that after an initial spike in orders the Apple Watch is now selling less than Fitbit fitness trackers.

Slice gathers data from emailed sales receipts to monitor how well devices are selling in the U.S.

Before the 2014 holidays, none of the well-known wearable devices (from Fitbit, Garmin, Jawbone, and Samsung) were selling more than 50,000 units per week. But Fitbit spiked up to more than 200,000 units per week during the holiday, and never returned to pre-holiday levels. 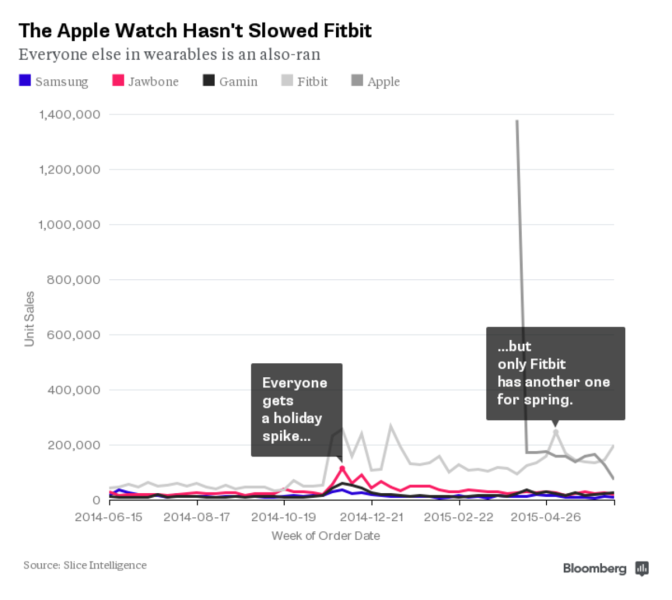