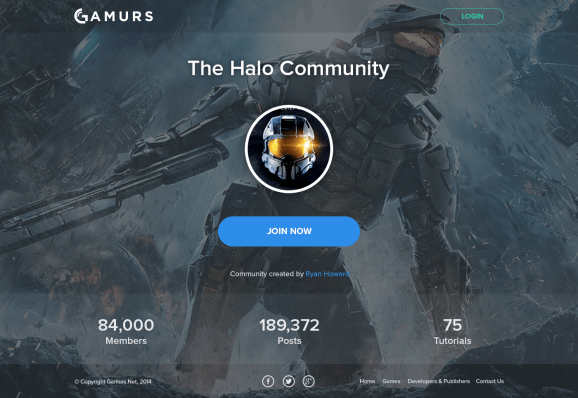 Gamurs is a new social networking site for gamers.

The Australia-based startup has created a single site where people can share achievements, news, videos, and livestreams. It enables users to integrate their social and gaming accounts — including PlayStation Network, Xbox Live, Valve’s Steam, Blizzard’s Battle.net, Twitter, Twitch, and YouTube — into a single platform and compete on automated game-specific leaderboards. It also organizes all new content automatically, assigning it to a specific game without users needing to tag or link posts. The goal is carve into a market the company believes is relatively untapped — one with nearly 2 billion gamers worldwide.

Gamurs founder Riad Chikhani started the social network to let gamers share achievements with like-minded people and help avoid swamping their non-gaming friends and family with “nerdy” game stats. The 20 year old just recently secured a $385,000 seed funding round to help make Gamurs into a single platform that can help connect the estimated 1.78 billion gamers across the globe.

Social networking for gamers is still an untapped market, says Gamurs head of marketing Dean Jacobson, despite the existence of more established competitors like Playfire and Raptr. “There is no single service with a suite of features that can adequately and effectively provide for the wide demographic of the gaming community,” he told GamesBeat via email. “One thing that differentiates us from many of the incumbents is that we have a unique approach to product development. Anything we build and deploy is only done through countless member interactions, surveys and conversations. We ensure the feature is useful through validated — or invalidated — learnings.”

Last year, Raptr rebooted as a PC-focused communication platform, shunning the latest generation of home consoles. Gamurs, however, intends to support all games played across all platforms — including mobile.

“One thing true regarding the gaming industry is that gamers, whether they’re on the PC, Xbox, PlayStation, or even mobile, play games similarly,” said Jacobson. “This allows us to deploy features which are universal to the gaming industry.

“Prior to development of the platform, we surveyed 1,400 people and saw that 60 percent played more than four games a week on separate platforms. By providing a powerful and versatile platform catering for every game a player plays, it is virtually irrelevant whether they are on a console or PC, especially with the availability of data from the publishers.”