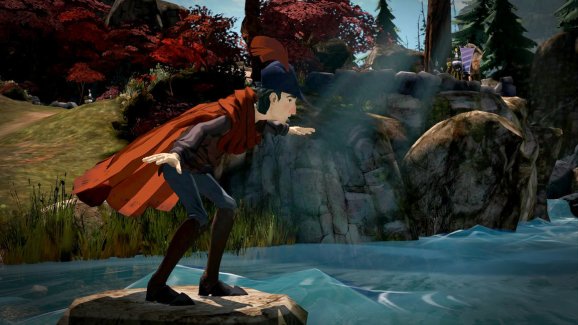 Just, you know, questing and stuff.

The quest has a starting date.

The first chapter in the new take of classic adventure game series King’s Quest comes out July 28 for PlayStation 4, PlayStation 3, and PC. It comes out on Xbox One and Xbox 360 on July 29.

This episodic reimagining of King’s Quest has five chapters. The first is A Knight to Remember (keeping the series’ tradition of pun-filled names alive).

This is the first new game in the franchise since 1998’s King’s Quest: Mask of Eternity, which controversially added combat to a series best known for puzzles. This new version is a pure adventure game. It comes from The Odd Gentleman, who previously created the puzzle-platforming game The Misadventures of P.B. Winterbottom.