Mobile games publisher FreshPlanet said today it will launch SongPop 2 for iOS on July 9, with Android and Facebook desktop versions coming soon after that. It aims to build on the 100 million downloads that the original SongPop generated since 2012. 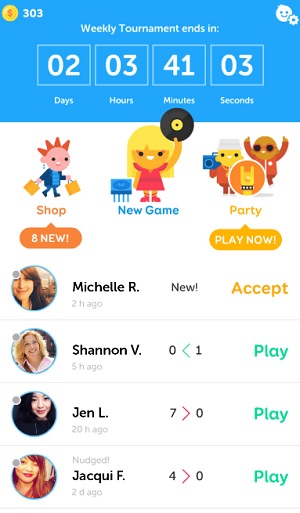 This music-trivia game has been hugely successful because it hit at the intersection of pop culture, mobile, and social, delivering a fun experience.

The SongPop franchise is huge among young people on mobile devices, and that explains why iOS will be its debut platform. It’s a riff on the classic “Name That Tune” style of the original, and it adds some new twists as well. SongPop 2 is free-to-play with in-app purchases.

New York-based FreshPlanet has been working on this sequel for some time, considering the three-year gap between launches. SongPop 2 has more than 100,000 tracks of modern and classic hits. It also has 1,000 curated playlists, with 200 new songs due to arrive every week. It has a party mode and a social single-player game mode. In the latter mode, players compete in a series of 10-question music trivia quizzes for a spot in the global leaderboard, with prizes for those who tops the charts.

The playlists are customizable upon startup. And the game will have backward compatibility for returning users, who can sync their accounts to find all unlocked and purchased playlists.

The cartoonish art style comes from illustrator and designer Richard Perez. FreshPlanet CEO Mathieu Nouzareth said in a statement that SongPop 2 was made with the community in mind. It’s going to be bigger, louder, and better as an experience for musical quiz fans, he said.