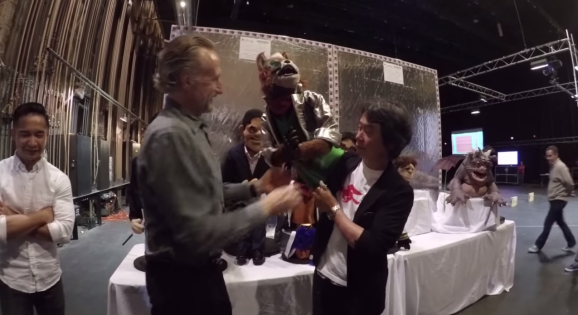 If you grew up through the 1980s, some of you likely thought that Nintendo and The Muppets were the coolest things in the world. Well, it turns out that the two companies admire each other as well.

Mario, Zelda, and Star Fox creator Shigeru Miyamoto recently paid a visit to the Jim Henson Studios, and Nintendo just shared a video of his tour. The clip shows the legendary game designer getting a first look at his own Muppet as well as a conversation he had with Jim Henson Studios chairperson Brian Henson. It’s clear that Miyamoto was thrilled to get a close look at where Muppets are made.

Check it out in the video below:

You can see the result of that partnership in the video below: