Gree’s Kingdom Age is one of the top free-to-play fantasy role-playing games on mobile devices. But little did the Japanese mobile publishing company know that it had priced its virtual currency in the game too high.

With help from mobile monetization firm Tapjoy, it was able to change the currency pricing and boost ad revenue by 90 percent. That a remarkable boost for monetization for a single game, considering that Funzio (a company that Gree acquired) launched Kingdom Age more than three years ago.

Tapjoy’s people noticed the problem after the San Francisco office of Gree had a promotion that allowed players to earn free gems, the virtual currency that is used in Kingdom Age. San Francisco-based Tapjoy provided Gree’s players with alternative means of monetization through an offer wall, where a player has to do something like sign up for a subscription or watch a video ad in order to receive a reward.

Gree’s players were able to earn gems during a promotion. Tapjoy noticed there was still high demand for currency after the sale was over, and that was an indicator that the currency was overvalued. Tapjoy ran a series of tests to find out. 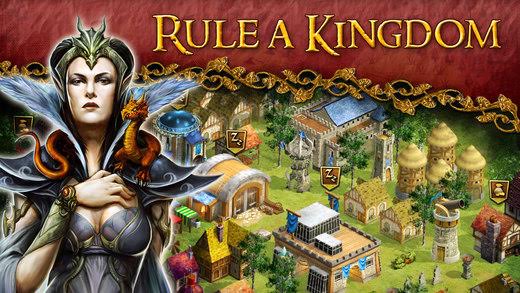 The exchange rate of U.S. dollars to gems was 1:15, meaning that one dollar could buy 15 gems in Kingdom Age. Because exchange rates can affect the user’s psychology when buying in-app purchases or taking part in rewarded advertisements, they have a big impact on revenue. Tapjoy wanted to figure out the optimal exchange rate to drive the most revenue.

Tapjoy’s app optimization team studied the problem and ran several tests over 14 days. One control group received the same 1:15 dollar-to-gem ratio, while another group was offered 1:11.75, or 22 percent lower than the control group.

Two other groups were offered exchange rates that were 50 percent and 100 percent higher than the control at 1:22.5 and 1:30.

The tests showed that an exchange rate of $1 to 30 gems was the optimal ratio to generated the most revenue in Kingdom Age. At that rate, Kingdom Age saw a 71 percent lift in average revenue per daily converter and a 90 percent lift in total advertising revenue. A converter is someone who engages with and completes an ad, whether watching a video, engaging with a rich media unit, or taking an offer on an offerwall.

Gree rolled out the change to all players of Kingdom Age, and it did not experience any decline in in-app purchase revenue. That means the increased exchange rate did not cannibalize existing in-app purchases.

“Overall, it was great experience collaborating with Tapjoy, as this study provides thoughtful analysis and insight not typically done on the offer wall front,” said John Tran, business intelligence monetization analyst at Gree.