In June 2015, we saw Microsoft Edge branding finally show up in Windows 10, as well as the first full month of Chrome 43 and Firefox 38 availability. Now we’re learning that Microsoft’s current browser, Internet Explorer, has finally fallen below the 55 percent market share mark.

The news is a stark reminder that for many months to come, we’ll be watching Edge slowly but surely steal share from IE. It will take years before IE becomes completely irrelevant on the Web.

Between May and June, here is how the browser market changed, according to the latest figures from Net Applications: 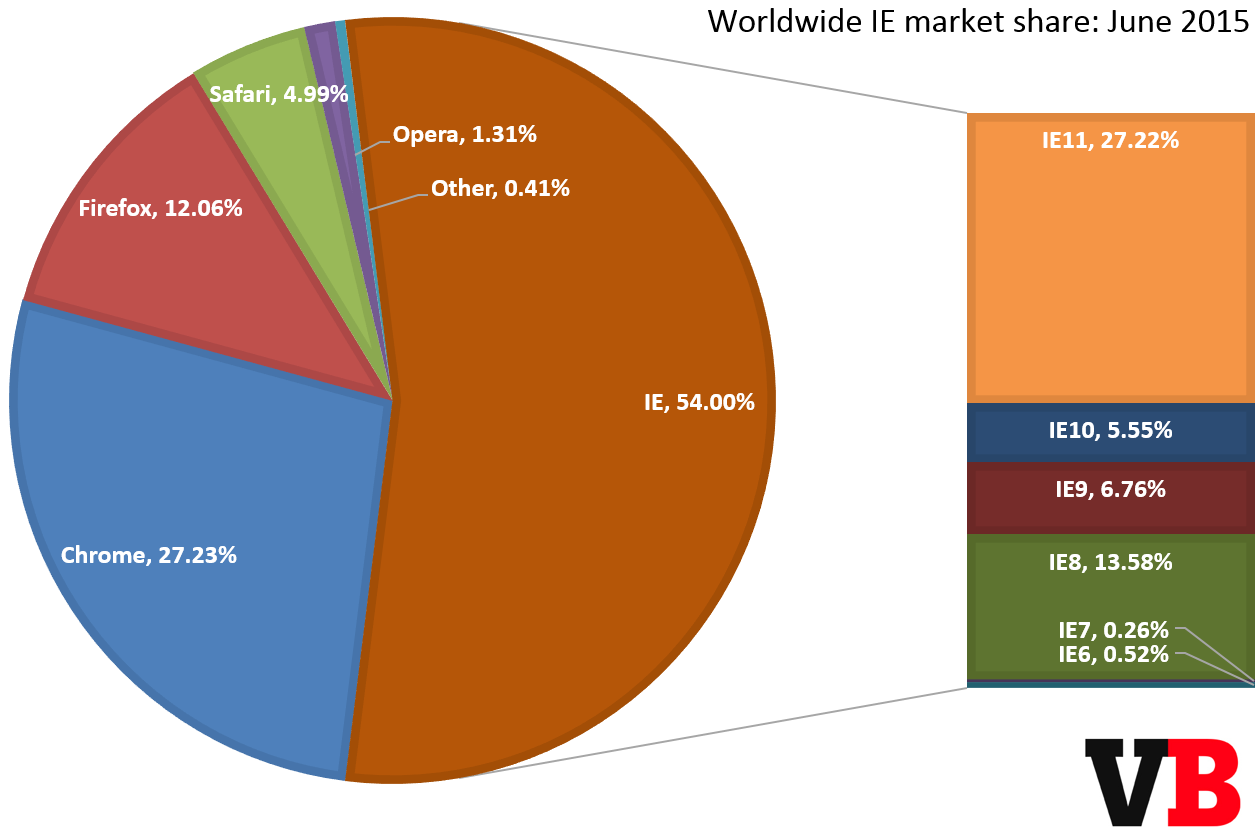 In October, IE11 managed to pass IE8 to become the world’s most popular browser, and the gap continues to widen. This new trend became possible when Windows XP, whose users can’t upgrade past IE8, started to lose significant share. As a result, IE11 can grow unchallenged, until, of course, Edge arrives later this month. 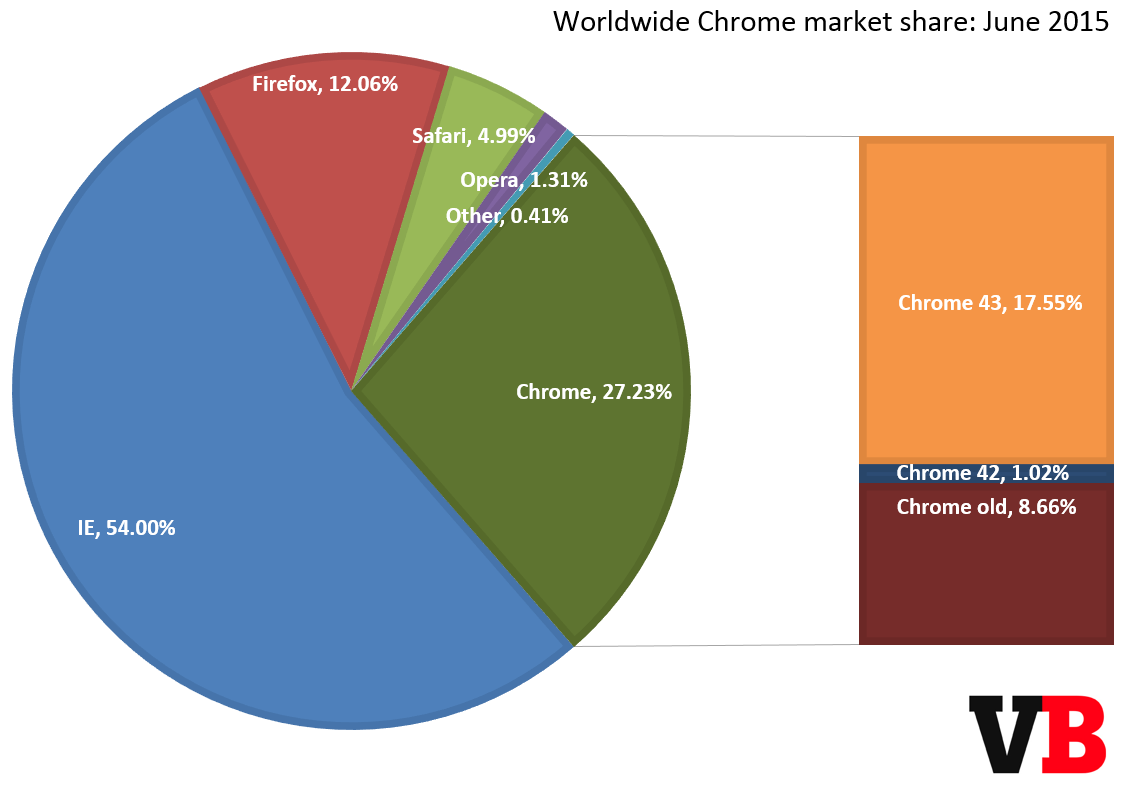 Google’s Chrome passed the 25 percent mark in April. Chrome’s gains ensure more than one in four Web users still use the browser.

Chrome 43 captured 17.55 percent, Chrome 41 fell to 1.02 percent, and Chrome 40 slipped to 0.61 points. Older versions will continue to plummet as the latest version takes over, as is typical with Google’s numbers. 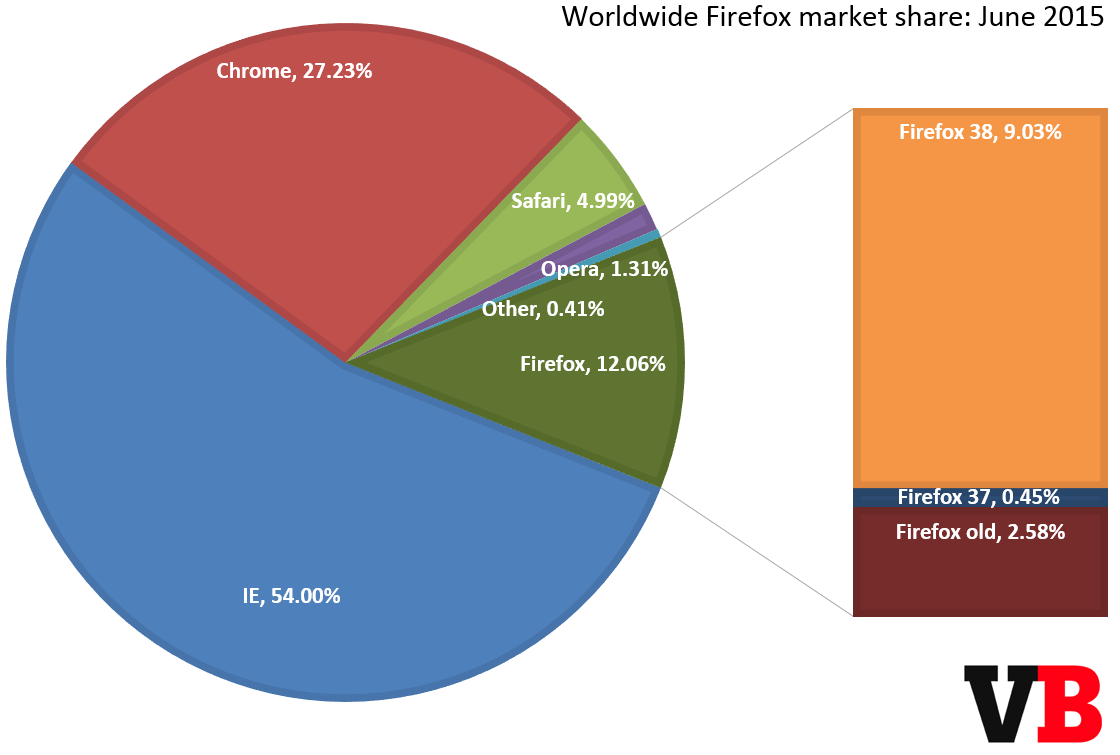 As we’ve noted before, Mozilla’s Firefox has been hitting new lows for months. In June, it was up 0.18 points to 12.06 percent, though that’s still less than 1 percent above its latest low of 11.6 percent in February.