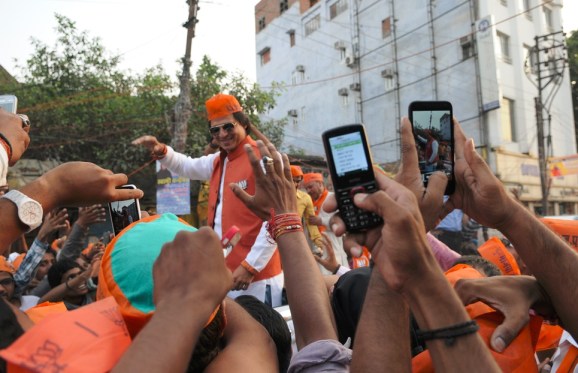 The sun hasn’t exactly set on the era of U.S. dominance of tech, but it’s dipping a bit closer to the horizon these days.

In a new report that brings the latest sign of the looming changing of the economic guard, Strategy Analytics said today that it expects India to become the world’s second-largest smartphone market by 2017. China will remain number one, and the U.S. will fall to third.

“China has been the engine of global smartphone growth in recent years, but China is now maturing and slowing,” said Linda Sui, director at Strategy Analytics. “India is fast becoming the next major growth wave. We forecast 118 million smartphones will be sold in India in 2015, increasing strongly to 174 million in 2017.”

That smartphone growth is mirrored by the rise of India’s overall Internet population. As of 2014, India was the third-largest Internet population with 243 million online, behind the U.S. with 279.8 million. But that will change in the coming years because while the U.S. has 86 percent of its population online in some fashion, India only has 19 percent penetration.

As a result, entrepreneurs and investors are increasingly looking at markets like China and India as tantalizing regions for products that only serve those home territories.

That means that while it often seems the tech world revolves around the U.S., and Silicon Valley in particular, this next decade is shaping up to be quite different. U.S. companies, of course, are trying to get into these markets in various ways, but they often find themselves at a bit of a disadvantage to local competitors.

As for overall smartphone growth, the report projects that global smartphone sales will increase from 1.471 billion on 2015 to 1.667 billion by 2017.