After 130 million downloads over the past three years, CSR Racing has become one of Zynga’s best franchises. And now the company’s NaturalMotion division is unveiling the sequel CSR2.

CSR2 is a simple but beautiful drag racing title that shows that mobile games are looking much more like console titles these days. Zynga is revealing a first look at beautiful, 3D-animated cars such as the Ferrari LaFerrari and McLaren P1. It is a critical title for Zynga, which still needs bigger hits on mobile, and it’s a step into a new level of game quality.

Torsten Reil, head of NaturalMotion — which Zynga bought for $527 million — said in an interview with GamesBeat at the Electronic Entertainment Expo (E3) event that the aim is to make the free-to-play title as authentic as possible.

“We wanted to go far down the road of believability and authenticity,” Reil said. “It’s a massive jump up in quality.”

A next-generation console game at 1080p resolution has 2.1 megapixels on a screen. On an iPad 2, this game runs at 3.1 megapixels. You can run it on a TV as well via a cable that connects your mobile device to the television. 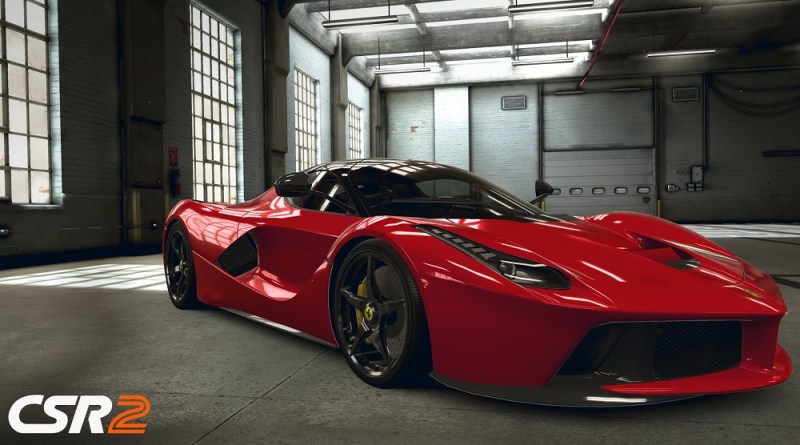 In the past three years, NaturalMotion created a brand new team in a studio dubbed London East. It consists of veterans of racing games such as Forza, Need for Speed, DiRT, and Burnout. They have created a brand new game engine with multiple layers of shaders, just as the makers of high-end console games do. The car designs are based on the original computer-aided design models from the car manufacturers themselves.

The first title made a splash in 2012. It was a free-to-play title, but it still managed to generate more than $12 million in revenue in its first month. Players could buy additional cars. It had short game cycles, and NaturalMotion made a lot of money from energy purchases, which allowed players to keep going continuously. Over time, NaturalMotion added additional features such as multiplayer to keep the momentum going.

The original title was not only high on the top-downloads chart, but it also ranked in the top-grossing games. That gave NaturalMotion the ability to pull out all the stops and take its time on the sequel.

Not only does NaturalMotion have access to the latest cars from partners — Ferrari, Lamborghini, McLaren, Pagani, BMW, Aston Martin, and Mercedes — it also has information on upcoming cars, Reil said. You can choose official paint options for the car body and brake calipers as well as real-world manufacturer and model trim options. On a Pagani model, you’ll see the Italian flag on a side mirror. 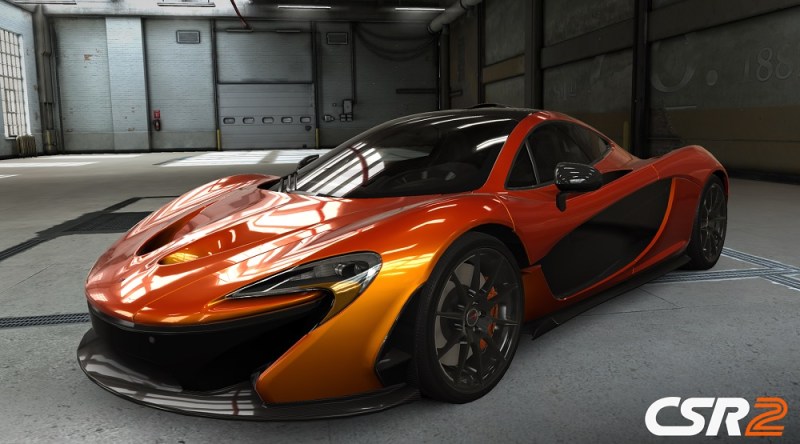 Above: McLaren car in CSR2.

While CSR Racing had a garage with one car, now you can have a collection of cars in a huge garage. When you spec a car, it is delivered to you. Reil showed me how to configure the car so that it has your own choices. You can swap the designs in a second, and then you’ll see those changes show up in the car that you race.

I was able to see Reil race in a couple of matches against another car. It was noisy and the city landscape looked very realistic.  Reil had to shift gears at the right time to get the highest speed. The audio of the roaring engine is a big step up from the past. You’ll be able to race on different tracks and at different times of day.

Fans are of the genre are going to be excited. Reil hinted the game will be about more than drag racing, with a “new form of gameplay.”

In the coming weeks, CSR2 will start the first of many soft launch phases on iOS and Android. 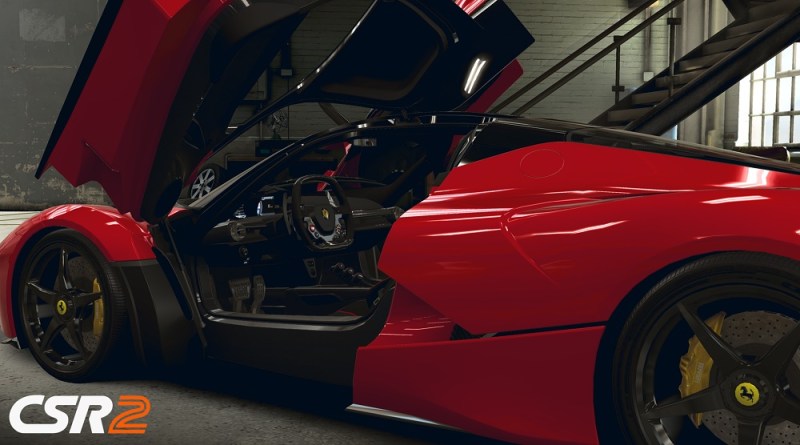 Above: You can see inside the cars in CSR2.

“We will be listening closely to player feedback as we slowly ramp our testing across geographies and devices,” Reil said. “We expect CSR2 to launch globally later this year on mobile devices worldwide.”

Since so many people played the first game, it will be a challenge to get them to switch to the new one. But you’ll be able to play together in ways that you couldn’t before, Reil said.

Reil said that you can now go through the process of buying a car. That’s part of the fantasy of racing, since most people don’t get a chance to buy such awesome $2 million hyper cars.

“We think we have built the best car configurator on the market,” Reil said. “The car arrives in your showroom. We make a real special moment for you as it arrives in your garage.”

Here’s a link to the first CSR 2 video. There isn’t any racing yet here, but you can see the passion for cars.