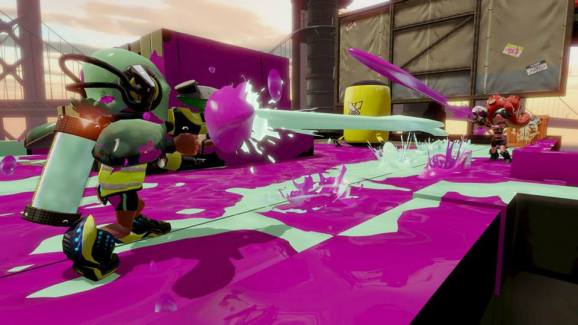 It's a matter of life and ink.

If you’re astonished that a Nintendo game that doesn’t feature Pikachu, Mario, or Zelda sold 1 million copies in less than a month, you’re not alone.

Speaking to shareholders during a question and answer session on June 26, Nintendo president Satoru Iwata revealed that the Japanese company was surprised by Splatoon‘s success. This team-based shooter, which came out in May for the Wii U, focuses on online play, which is unusual for a Nintendo title. It’s also a new franchise, not relying on Nintendo’s stable of popular characters.

“Having received high recognition from our consumers for its novelty, this title’s sell-through sales reached 1 million units in less than a month from its release,” Iwata stated. “We feel very grateful for this, since our view was not so optimistic prior to release, for it being a non-series title.”

This success could encourage Nintendo, a company known for often sticking with classic series like Mario and Zelda, to experiment with new franchises. A Splatoon 2 is also looking more like a distinct possibility (perhaps on Nintendo’s mysterious next console, the NX).