Keiji Inafune, head of Comcept USA and creator of ReCore 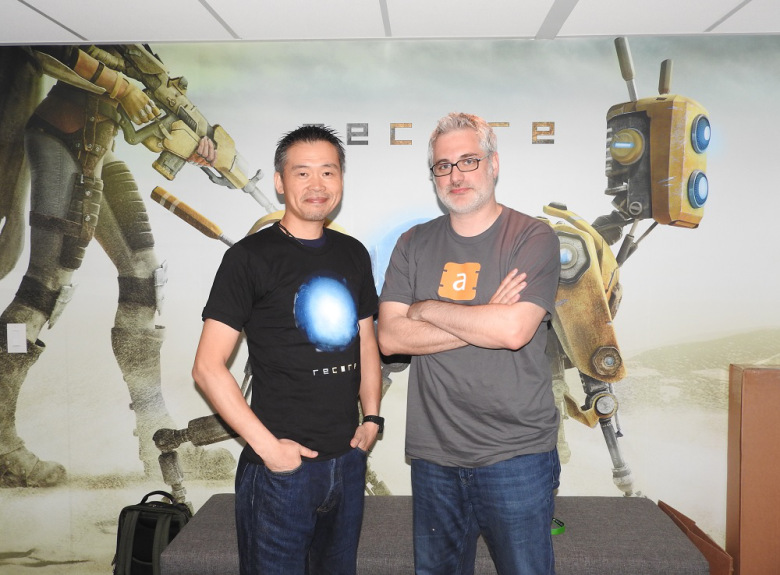 “What I think, for a lot of us, is that it’s not a specific movie or show or actor or actress or anything like that. We’ve all individually experienced, in many different ways, different types of entertainment, whether it’s TV, games, anime, comics. I have my own way of processing those things. They’ve left memorable impressions in my mind. Mark probably has his own set.

“With every new project that I challenge myself to take on, it’s the culmination of all these great memories and inspirations. There’s something that I can squeeze out of all that, all my experience, and put that into the new project. For example, this is clearly not a Japanese anime, but there’s a sensibility or core element of anime that I know is in there, because I’m putting it in there. On the other hand, there are also a lot of influences and experiences, lasting scenes and memories, that I’ve gotten from big Hollywood feature films. Part of that is also in there. And that just comes from me. Mark has his own set of things that goes in.

“In short, I wouldn’t call out a specific title or character. It’s layer after layer, and what comes out of all that is what’s represented here.” 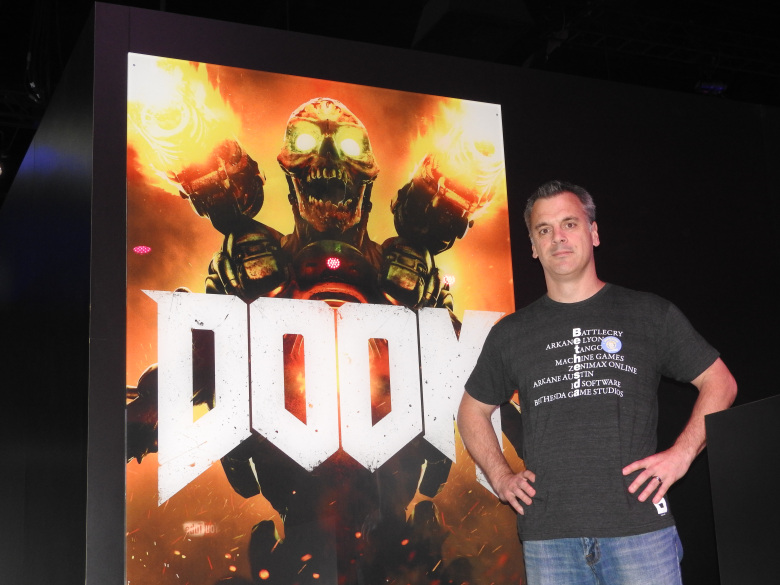 Above: Pete Hines, vice president of PR and marketing at Bethesda Softworks.

On revealing Fallout 4 just ahead of E3 and then saying it would ship in November:

“I jokingly have what I refer to as the rule of one E3, which isn’t really a joke. It has proven time and again to be a good rule. Any game should be at one and only one E3. More than that and you’re trying to talk about the game for too long. You’re trying to keep people’s attention for too long. It’s more time than you can maintain momentum, more time than you can fill with content. You’ll be sorry.

“In the case of Fallout 4, we felt the demand was so high that we’d be better served going shorter and having less time to fill, playing on the idea of immediacy. Again, that was part of the Shelter thing. We tend to lean toward shorter rather than longer campaigns, although DOOM is at the opposite end of that spectrum. Id was talking about that title at QuakeCon seven years ago, before we even acquired them. It’s still being talked about. That’s a mistake I don’t want to repeat. I’d rather compress the time from ‘This thing exists!’ to ‘Now you can play it!'” 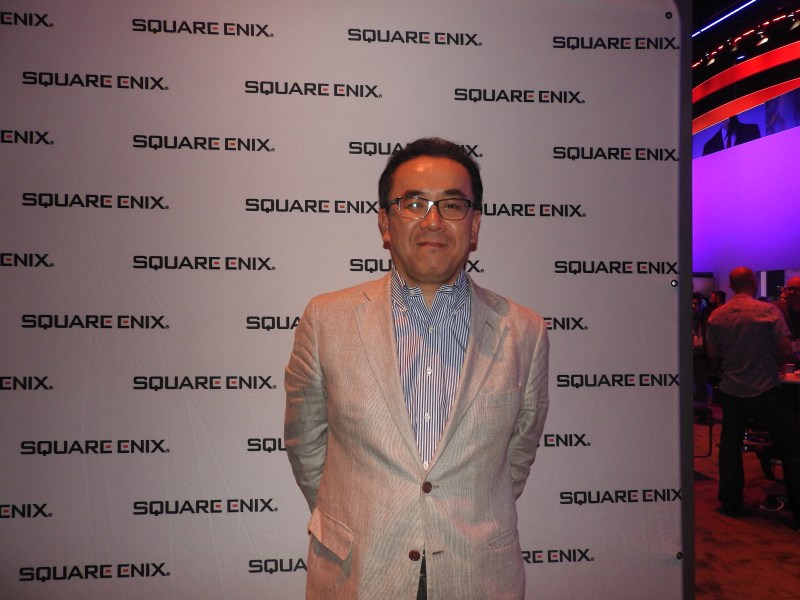 “Going back to the last generation of games, a lot of Japanese publishers were a bit too cautious about the Western style of gaming, or Western games in general. Because they were so conscious about that when creating their own games, that could have factored into those types of games not doing as well. But it’s very important for us to draw on the uniqueness of our creators, draw on their strength. By doing so we’ll be able to create more appealing games. Rather than copying what others are doing, we’re focusing on what our creators want to make, what they believe in. Those all factor into creating better products. In that sense, with Square Enix and our creators, we believe we’ll be able create more appealing RPGs. As you saw at our conference, we have a large variety of games in our lineup — in the West and in Japan as well. We have a great variety of interesting games. We believe we’re becoming a publisher with a very interesting position in the industry.” 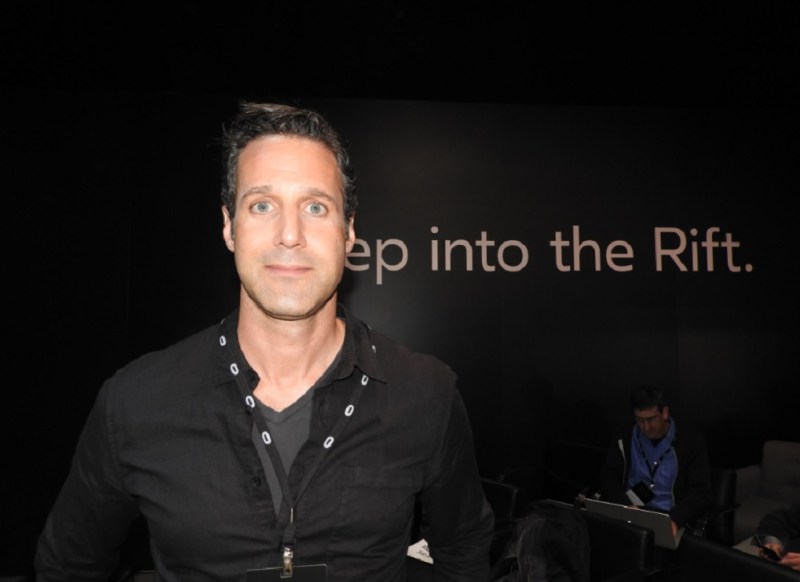 Above: Jason Rubin, the head of studios at Oculus VR.

On the kind of entertainment we’ll see in virtual reality:

“I’d imagine we’ll see an explosion of different types of games. After a bit more experimenting, people will start hitting with totally new things that we don’t even know how to define for a few years.” 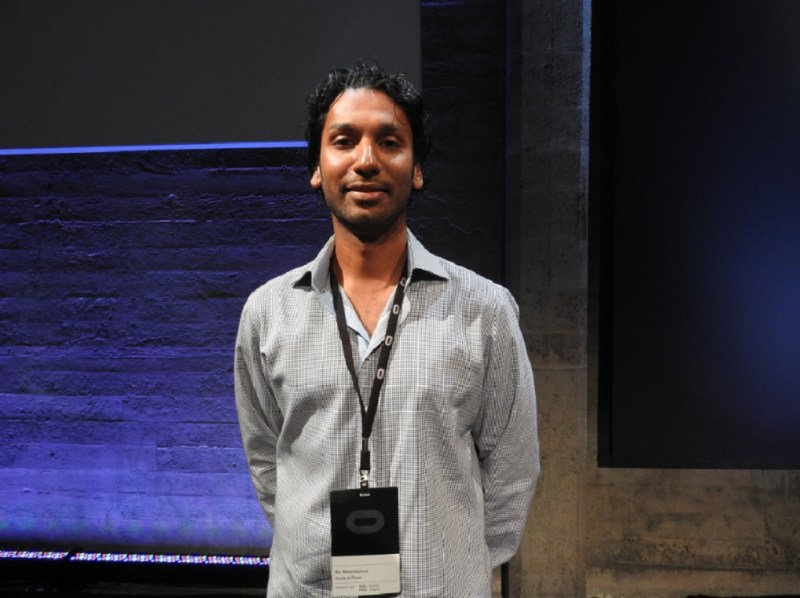 Above: Ru Weerasuriya, the head of Ready At Dawn, the creator of The Order: 1886.

On making VR games that won’t make you dizzy:

“We have to think about that in every decision we make. You’re right that there are things we have to make sure we address when it comes to movement or sickness. The interesting thing is, a younger generation seems to be less prone to getting sick, which is a cool thing to think about for the future. At the same time, we’ve made a lot of decisions that leverage VR without sacrificing gameplay. We can take away that nauseous feeling through the gameplay we’ve chosen.

“The game we’re making now is built for VR more than anything else. We didn’t say, ‘Hey, we have this cool game already, let’s see if it works in VR.’ We’ve been analyzing VR for a while now and trying to figure out the things we need to do. The gameplay mechanics evolved from that. There’s no doubt that we’ll be addressing those issues as we keep developing.”