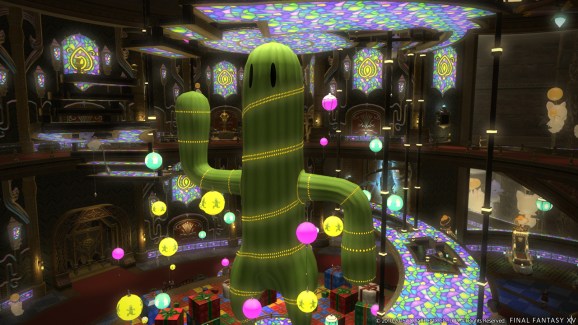 Square Enix has pulled the Mac version of its massively multiplayer online role-playing game Final Fantasy XIV: Heavensward from sale in the wake of serious performance issues. Many Mac owners can’t run the game properly, despite having a system that should be sufficiently powerful. In a lengthy blog post, director Naoki Yoshida explained that much of the problem lies with Square Enix releasing confusing and incorrect information about the minimum system requirements.

Square Enix is now suspending sales of Final Fantasy XIV on Mac and is offering all owners the chance to get a full refund. It’s a similar — and similarly embarassing — situation to that faced by Warner Bros., which pulled the problematic PC port of Batman: Arkham Knight last week.

“We have judged that there is still a lack of information on the Mac version and its system requirements,” said Yoshida. “We are planning to make an announcement which will include detailed information on the product, system requirements, and screen resolution. Until this is done, and I am personally satisfied that our users are adequately informed, we will be suspending the sale of the Mac version.”

Yoshida explained that developing specifically for Mac is a risky business and is technically more difficult than working on PC. “Very few games are sold for Mac systems,” he said, “and the prevailing opinion is that the majority of Mac users aren’t interested in games. This results in an extremely high risk for development.”

Yoshida added an apology and reassured Mac gamers who are playing Final Fantasy XIV without problems that they can continue to do so.

“I sincerely apologize for any inconvenience this will cause to those interested in purchasing the Mac version,” he said, “and ask that you bear with us until sales recommence. For those who already have a Mac version of the game, as service itself will not be suspended, please rest assured you will be able to continue playing as before.”